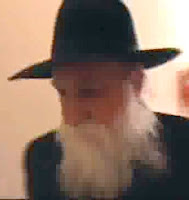 The Chabad House in the Givat Moreh neighborhood of Afula, run by Rabbi Levi Aryeh Kurtz, organized a series of farbrengens this year for Yud Tes Kislev. At the main event, the keynote speaker was Rabbi Shmuel Krispin, a grandson of the late tzaddik, Rabbi Meir Abouchatzeira. Rabbi Krispin discussed the importance of learning Chassidus, illustrating the points he made with fascinating stories from his family.

Men, women and children from all walks of life and religious backgrounds attended the farbrengen, where resolutions were taken to increase in activities among the women of the neighborhood.

The next night, motzoei Kaf Kislev, another farbrengen was held for the Tmimim shluchim from the Chabad yeshiva in Migdal Haemek. It took place in the Ohel Shlomo Shul in the neighborhood, which is usually the beis midrash of the local Litvish yeshiva.
(SOURCE: COL.ORG.IL

Police have detained the Chief Rabbi of city in the north on suspicion that he sexually assaulted and harassed three employees of the city's religious council.

The 73-year-old rabbi, who is also suspected of assaulting two women who came to the council offices for guidance, has denied all charges against him.

Police suspect the rabbi assaulted the employees over a number of years, with the allegations only coming to light after an alleged victim complained to police, leading officers to a series of other women who reported being assaulted.

Police reported the investigation is ongoing and that due to the old age of the suspect, if convicted he will probably be sentenced to house arrest

…“Shortly before Chai Elul 5757, HaRav Gedalia Axelrod of Haifa prepared a new p’sak din, based on the fact that the Rebbe’s promise does not remain unfulfilled. Rabbi Axelrod included the fact that the Rebbe is a prophet and the halacha that a good prophecy can not be nullified. Along with Rabbi Axelrod, HaRav Mordechai Ashkenazi of Kfar Chabad and HaRav Boruch Boaz Yurkowitz of Lod also signed the p’sak din. In order to widen the scope of the entire matter, Rabbi Axelrod turned to me, since I had already been involved previously, and requested that I secure additional signatures.”…
Weren’t you worried about bringing such a letter to non- Lubavitcher rabbanim?
I see nothing to fear. Eventually, everyone will accept the sovereignty of the Rebbe – and the sooner, the better...

Naturally, we started with rabbanim who are openly more connected to such matters. The pioneer in this effort was HaRav Yaakov Yosef of Be’er Sheva [Ovadia Yosef's renegade Chabad son]. We approached him first due to his warm relationship with Chabad. We told him that dozens of rabbanim had already signed the p’sak, and now we were asking him to join them. Rabbi Yosef responded that regardless of who has signed before, he’s signing now.

Around this same time, HaRav Boaz Kali and HaRav Yigal Pizem came to the rav of Kiryat Bialik HaRav Machluf Aminadav Krispin, and asked him to sign. Rabbi Krispin was also known for his warm friendship with Chabad. He related to the entire matter with great interest, and asked to see the relevant sichos. When he was convinced as to their validity, he decided to form a beis din of seven members to discuss the matter with the utmost seriousness and to come to a halachic decision. While he lobbied hard to create the beis din, in the end, it did not materialize. Nevertheless, Rabbi Krispin himself did sign the p’sak.…

Rabbi allegedly sexually harassed woman who came to him for marital counseling with her husband.

The Haifa District Prosecutor's Office filed an indictment on Tuesday against the Chief Rabbi of Kiryat Bialik for sexually assaulting and harassing three women.

According to the indictment, between December 2003 and January 2004, Rabbi Aminadav Krispin allegedly committed lewd acts and sexually harassed a female housekeeper who worked in the Rabbinate's office.

The indictment further reveals that Krispin was charged with a similar offense in June 2003, when a woman came to him for counseling with her husband. The rabbi allegedly asked the husband to leave the room and, once alone, kissed the woman's head, claiming that he was giving her a special blessing, and made other sexual overtures.

An incident from 1998 is also included in the indictment, even though the statute of limitations on the crime has run out, in which the rabbi allegedly sexually harassed a secretary at the religious council. The defendant is not charged with the crime, but it is included in the indictment in order to demonstrate a pattern. The indictment also charges that the rabbi tried to intimidate one of the witnesses in the case after these allegations came to light.