BALTIMORE (Map, News) - A group of Jewish advocates against sexual assault is angry over a plea deal for a Baltimore City rabbi who pleaded guilty to abusing young boys but avoided jail time.

"I'm very upset about it," said Vicki Polin of the Awareness Center in the city.

"He should go to jail. I'm also very upset that he won't be on the sex offender registry." 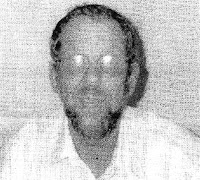 Israel Shapiro, 57, pleaded guilty Monday to one count of sexual abuse of a child and one count of third-degree sex offense before Baltimore City Circuit Judge John Miller and was sentenced to five years of probation.

He must stay away from his victims and have no unsupervised contact with children, under the terms of the plea agreement, prosecutors said.

Shapiro also was ordered to pay $10,800 in restitution to one of the victims, undergo sex offender screening and treatment.

He is also prohibited from using a computer to contact children.

Shapiro was not required to register as a sex offender because the incidents occurred before the sex offender registry was created.

Lawmakers in Annapolis are working on a bill that would make the registry retroactive.

Baltimore City State's Attorney Patricia Jessamy said in an interview Monday she was hoping to get the law changed to make Maryland residents aware of the those living in their neighborhoods who committed sexual offenses prior to the creation of the registry.

A statement of probable cause is not in Shapiro's court file because Shapiro was charged by a grand jury indictment.

But Polin said the abuse dates back to 1988 and involves 12- and 13-year-old boys whom Shapiro taught.

The Awareness Center posted a photo of Shapiro on its Web site to make the Jewish community in the Baltimore region aware of the allegations against Shapiro, she said.

But Polin said she worries that without Shapiro registering as a sex offender, there won't be enough scrutiny on him.