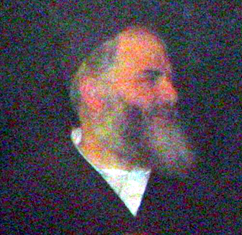 CALL TO ACTION:  If you or your child was sexually abused by Rabbi Avraham Lezerowitz please make a police report immediately!  It may be easier for you to contact your local rape crisis center to help you make a police report.  They have experience and will walk you though the process along along with providing free legal advocacy and short term rape counseling.

The Awareness Center wants to remind everyone that harassing an alleged victim (or family member) of a sex crime is against the law.  It is called witness tampering. If you are a survivor and this happens call your local police immediately.


A civil suit was filed against Rabbi Avraham Mordecai Leizerowitz of the Gerrer Mesivta High School in Borough Park Brooklyn. The charges include improperly touching a boy during a one-on-one help session in the rabbi's office in the Borough Park secondary school.  Three other older boys have also come forward making similar allegations.

Avraham Mordecai Leizerowitz, described as man in his early fifties. He was originally hand picked by the Grand Rebbe of Ger for the position of spiritual advisor at the Gerre Mesivta Bais Yisroel school.  Leiverowitz has been affiliated with the institution for around thirty years.  He is originally from Bnei Brak (or spelled Bnei Braq), Israel.

The following is poster of a "Going Away Party" that was organized for Rabbi Leizerowitz. It appears that Leizerowitz decided to move to Israel when the allegations against him were first made public in the Borough Park community. Due to the number of complainst the party was canceled. 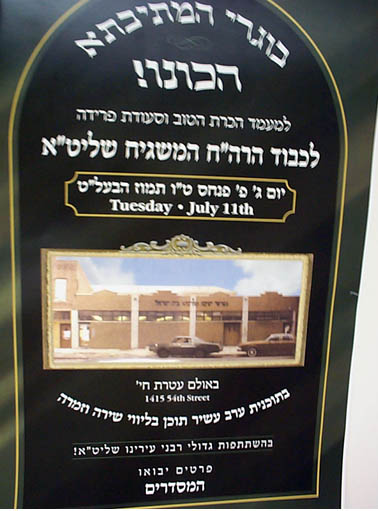 December 14, 2006 -- For the second time in a week, a respected Brooklyn rabbi has been accused of sexually abusing a boy student at a religious school.

A suit filed Tuesday in Brooklyn Supreme Court accuses Avraham Mordecai Lazerewitz, described as the spiritual supervisor at the Geres Misivta Bais Yisroel school, of touching a student in April.

Lazerewitz groped and improperly touched the victim during a one-on-one help session in the rabbi's office in the Borough Park secondary school, says the unidentified boy's lawyer, Eric Green.

In Care Of Name (the officer, director, etc. to whose attention any correspondence should be directed) ABRAHAM LEIZEROWITZ

Advance Ruling Expiration Date (A charitable organization exempt under IRC 501(c)(3) whose status as a public charity (rather than a private foundation) has not been determined generally will be allowed to operate as a public charity for a specified period of time. At the end of this time frame (expiration date), a final determination will be made as to the proper classification of the organization. This shows the month and year when an advance ruling is to expire.) n/r

Tax Period (the date of the latest return filed) n/r

Word from Israel on accused pedophile Rabbi Avraham M. Leizerowitz:
2 new pictures of Leizerowitz. They were taken this week in Israel at a party for a newly married couple. He was honored with reciting a blessing at the event:

Avraham M. Leizerowitz has started working at a new job. He is the mashgiach ruchani (religious counselor) in a Jerusalem yeshiva for teen boys who have trouble in mainstream yeshivot. He is now working with disadvantaged boys. The yeshiva is endorsed and affiliated with Rabbi Avrohom Schorr of Flatbush, Brooklyn. Rabbi Schorr is also a Gerrer ChaLeizerowitz fled Brooklyn after a lawsuit alleging he molested a student in his yeshiva was filed against him in late 2006.