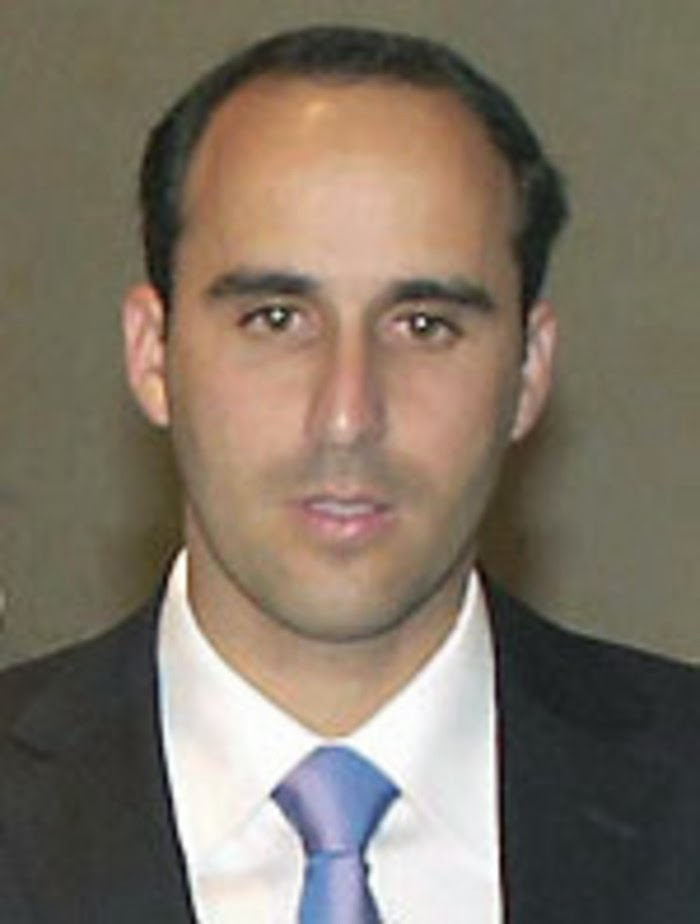 The alleged survivor stated: "He bothered me with questions like whether I have silicon in my breast, and asked if I am wearing a bra or not. All the time remarks about my breasts. He told me he likes women who don't wear bras."

Israel Railways worker submits complaint against Ariel Katsav, son of president Moshe Katsav, claiming he had sexually harassed her, Channel 10 reports; accused says, 'this is obviously part of the campaign against the president and his family'

Channel 10 TV reported on Sunday that a sexual assault complaint has been filed against President Moshe Katsav's son Ariel, who is an employee with Israel Railways.

According to the report, a colleague of Katsav filed a complaint with the company's management officials claiming he had asked her inappropriate questions about her body.

"He bothered me with questions like whether I have silicon in my breast, and asked if I am wearing a bra or not. All the time remarks about my breasts. He told me he likes women who don't wear bras," the complainant told Channel 10.

Israel Railways spokeswoman Mali Cohen told Ynet on Sunday evening: "The complainant submitted the complaint to the person in charge of sexual harassment in the Railways, Irit Axelrod, and the complaint is being checked."

Ariel Katsav vehemently denied the accusations, saying "this is a fabricated and despicable story."
"The woman in question was fired due to major disciplinary problems and adopted the concept of getting her revenge on the employer by filing a false complaint on verbal harassment that never was," he said.

"This is obviously part of the campaign against the president and his family; I intend to sue the woman for libel and file a complaint of my own with the police."

President Katsav faces sexual assault accusations by a former employee and awaits a decision by Attorney-General Menachem Mazuz whether to indict him.

Katsav announced last week that should Mazuz decide to indict him, he would step down.

According to a Channel 10 report Sunday night, a sexual harassment complaint has been filed against the son of president Moshe Katsav.

The complainant is reportedly an employee of Israel Railways, where Ariel Katsav works as director of the customer service department.

The son of Israeli President Moshe Katsav was accused of sexual harassment.

Israel Railways said Monday that Ariel Katsav, a senior member of its PR staff, was accused of verbally harassing a coworker.

Katsav, whose father has been dogged by a sex scandal for months, denied the charges.
He said the coworker was disgruntled after he complained about her performance, and threatened to file a libel suit against her.

President Katsav, whose term ends next year, has said he would suspend himself if he is indicted over allegations that include molesting and raping several female former employees.

Accusations of sexual harassments pursue the family of Israeli President. An employee of "Rakevet Israel" Railway Company accused the son of Israeli President, the chief of service department of the company belonging to Ariel Katsav of sexual pursuits. It should be reminded that investigation on similar complaints is being conducted against Moshe Katsav.

The plaintiff claims that younger Katsav pursued her with "indecent questions concerning her body ". Ariel Katsav declares that all this history is lie. The complaint was introduced not to police, but only to internal department on complaints of Railway Company.

Israeli President Moshe Katsav's son, Ariel, was accused Monday of sexual harassment. Israel Railways said that the younger Katsav, a senior member of its PR staff, was accused of verbally harassing a coworker. Katsav, whose father has been dogged by a sex scandal for months, denied the charges.
He said the coworker was disgruntled after he complained about her performance, and threatened to file a libel suit against her. President Katsav, whose term ends next year, has said he would suspend himself if he is indicted over allegations that include molesting and raping several female former employees.

Railway workers in Israel complained against the presidents son
her supervisor that molested her. External inspection report

Ariel rate. "He told me he likes women who go without a bra" (Moti Kimchi, country)

External inspection report prepared at the request of Israel Railways states that Ariel rate, consumer ombudsman train and the son of President Moshe Katsav, not molesting his subordinate.

Two months ago, unveiled the program "screen saver" on Channel 10, that the works of the rate complained against him to the charge of sexual harassment on the train.Complaint claimed facts that the rate used to wake her comments of a sexual nature relating to the merits and her chest. The complainant told the program that the rate asked her whether she had silicone breast and whether she is wearing a bra, "he told me he likes women who go without a bra," she said.

Following the complaint, Israel Railways has opened an internal testing procedure using an external factor. Position of the external examiner appointed attorney Rachel Ben-Ari, chairperson of Haifa Bar Association. Week by Attorney Ben - Ari its conclusions Israel Railways and within a reasoned decision ruled that the complaint is unjustified and rhythm are clean allegations directed against him.

Israel Railways spokesperson said in response sexual harassment law that prohibits it address the issue. "All information regarding the existence of a report or findings forwarded only to the complainant. Israel Railways as an organization is unable to provide any information, even if the report entitled him or not, or is a criminal offense. " Attorney Rachel Ben-Ari said in response that by law is not permitted to provide any reference to the subject.


Subordinate complained of harassment, inappropriate questions about silicon and bras

The report found that no harassment had taken place, The Marker has learned.

Ariel Katsav is the address at Israel Railways for public complaints. Two months ago a Channel 10 current events show, Screen Saver (Shomer Masach), reported that a subordinate of his had complained to higher levels about sexual misconduct at the organization.

She claimed that Katsav would make sexual remarks regarding her body and breasts: "Katsav asked me if I have silicon in my breasts and whether I wear a bra or not. He said he likes women who don't wear bras," she told Channel 10.

The external investigation was run by attorney Rachel Ben-Ari, chairman of the Haifa district office of the Israel Bar Association. This week she delivered her findings to Israel Railways: that the complaint was unjustified. Katsav was exonerated.

An Israel Railways spokesperson explained that under the law, she could not comment: all information regarding the investigation was delivered only to the woman who complained. "As an organization, Israel Railways cannot divulge any information, not even whether or not the report cleared him or not, otherwise it's a crime," she stated.

Ben-Ari said that under the law, she too cannot comment.