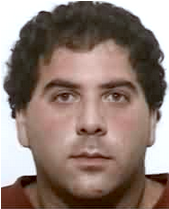 Arrested and charged with two counts of sexual assault, four counts of sexual interference, and one count each of invitation to sexual touching and luring a child under 14 years of age (by Internet).

A man employed as a childcare worker at daycare centres within North York schools is charged with sexually assaulting children.

The 32 Division youth bureau investigated allegations that a man sexually assaulted children under the age of 12.

Police allege that the suspect befriended a number of families of the victims between 1997 and 2005 and, after gaining the families' trust, committed the assaults.

Joshua Adam Weinstein, 26, of Toronto, is charged with two counts of sexual assault, four counts of sexual interference, and one count each of invitation to sexual touching and luring a child under 14 years of age (by Internet).

The list of alleged victims of a suspected child abuser is growing and Toronto Police are going to court today to fight his getting bail.

The 26-year-old North York man, who has been a child-care worker and a supply teacher since 1997, was arrested Monday for breaching bail conditions by allegedly contacting a victim.

"It's alleged the suspect basically lured small boys into a life of sexual activity, specifically it's been more fondling than any other sex act," Det.-Const. Gord Reifenstein said.

Reifenstein said a public meeting was held Monday night at Best Middle School and he was shocked at how many were "fooled" by the suspect.

"He (allegedly) manipulated parents, other adults who don't have children and he just did a phenomenal job with these people. He snowed them beyond belief."

Reifenstein said the community is angry and the suspect's safety is one reason he shouldn't be given bail.

"I'm concerned, not that we have a vigilante group out there, but let's keep a calm, cool head about it and hopefully the court system will help us," he said.

After the community meeting, Reifenstein said he was approached by two boys, around 14, contemplating filing charges and yesterday there were two more, between 18 and 20 years old, who might come forward.

MORE VICTIMS?
"All of a sudden, you see the (suspect) on the news and hearing the stories and all of a sudden your emotions come to the top as well," he said of the alleged victims. "They're having to deal with a lot of stuff just to see if they could ... assist us in the investigation."

Reifenstein described the alleged crimes as the work of a "typical pedophile," who showered boys with gifts.

Pedophiles are patient, taking their time to get the child "on their side," he said.

Joshua Adam Weinstein, 26, is charged with four counts of sexual interference, two of sexual assault and breach of recognizance, and single counts of invitation to sexual touching and luring a child under 14 by Internet.