Should I Sit Shiva For Abusive Parents (who are still alive) 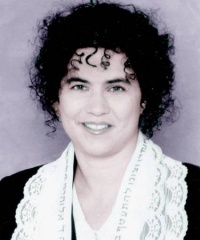 Q: After over 20 years of silence I told my mother of the sexual abuse my father forced upon me as a teenager. They are not Jewish (I converted to Judaism 3 years ago). They have now completely rejected me and don't believe me and never want to see me again. I have considered shiva, is this wrong for me to consider my parents dead after all the pain I have endured these past years? After speaking up I feel as if a weight has been lifted, but have also considered changing my name too. What should I do?

A: You are a very brave person. You have been deeply wounded and the wound will need a lot of care and tending in order to heal as much as is possible. The very most important thing is for you to get the support you need. I hope that you have found a supportive and caring rabbi to help you with your spiritual healing after the devastating experience you have survived. I truly think that a personal relationship with a sympathetic and compassionate local rabbi will be more helpful to you than any words I might offer across the Internet.

That said, I think both of your ideas have merit. It is important for you to free yourself as much as possible from the pain inflicted on you. I think taking on a new name is a good idea -- it is in line with Jewish tradition, and it will be a symbol for your emerging sense of independence and self-care. I think you might want to review a Hebrew name book and choose a name either of a strong Jewish woman (such as Deborah or Miriam) or a value which is important to you (such as Tikvah, "hope").

I am a bit more hesitant about the idea of sitting Shiva for these people. I think you really need to think that one over a bit more. It's awfully permanent and will deprive you of a possible ritual when they really die.

How about making a Havdalah from them? I also suggest you might want to go to the mikvah to cleanse yourself. You should know that you are not alone. You might want to read the final two essays of Four Centuries of Jewish Women's' Spirituality edited by Ellen Umansky and Dianne Ashton, which deal with this issue.

Take care and remember that Adonai loves you.