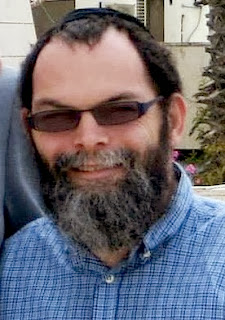 Arrested on charged of two counts of gross indecency against 14 and 16 year old males at the Jewish Centre in 1985 and 1986.

Fairfax Media has previously revealed that Hayman recently told one of his alleged victims that Yeshiva spiritual leader Rabbi Pinchus Feldman had admonished him about 25 years ago over his relationship with a boy.

Sydney detectives have charged a businessman with child sexual abuse offences at Bondi's Jewish Yeshiva centre during the 1980s.

A 49-year-old man was arrested on Monday afternoon in the suburb of Queens Park in Sydney's east and later charged with two counts of gross indecency against 14 and 16 year old males at the Jewish Centre in 1985 and 1986.

He has been refused bail and detectives want people with further information about the alleged 1980s offences to come forward.

Fairfax Media has confirmed the arrested man is Daniel Hayman, who has been residing in Los Angeles in recent years.

The arrest and charging of Hayman overnight is likely to put some of Australia's most senior rabbinical figures under scrutiny over their failures to act on complaints from victims.

Despite complaints, Hayman was never reported to police and left Australia to live in Los Angles Jewish community, where leaders again acted to shield him.

Corporate records show Hayman was a director of a major Australian Jewish educational arm for several years after his alleged sexual abuse of boys.

Fairfax Media has previously revealed that Hayman recently told one of his alleged victims that Yeshiva spiritual leader Rabbi Pinchus Feldman had admonished him about 25 years ago over his relationship with a boy.

The leader of the Organisation of Rabbis of Australasia, Moshe Gutnick, in March revealed he failed to alert police to an anonymous complaint about Hayman in the 1980s.

Rabbi Gutnick said in hindsight he was wrong not to alert police. Rabbi Feldman said he had no recollection of any confession of child sex abuse 25 years ago.

In the tape recording, Rabbi Baruch Lesches said some of Hayman's alleged victims may have consented.

Rabbi Lesches, who was at Bondi Yeshiva at the time of the alleged incidents and now is a major New York Jewish leader, also cautioned against reporting Hayman to police.

He later apologised for his private remarks after Fairfax released the audio of his discussion about Hayman.

Victorian detectives are investigating how senior St Kilda Yeshiva figures handled complaints against David Kramer and David Cyprus, who were both employed by the school.

Strike Force Bungo was formed last year to investigate child sexual abuse in the Jewish community in Sydney's east. Hayman is alleged to have abuse the boys while a volunteer supervisor at a camp run by the Yeshiva centre.

Police have urged anyone with information to call Crime Stoppers on 1800 333 000 or visit their website.

Mr Daniel Hayman was arrested yesterday on charges of child sexual abuse allegations from more than 25 years ago.

Mr Hayman attended Yeshiva Synagogue to pray or for classes but was never an employee or teacher at the Yeshiva Centre. Any volunteer work that he offered Yeshiva did not include responsibility for children.

We would like to assure the community that Mr Hayman currently has no association with Yeshiva and has been disassociated  from the Sydney Yeshiva Centre for more than a decade. He was instrumental in establishing the Tzemach Tzedek Synagogue which broke away from Yeshiva over ten years ago.

There have been media reports that Mr Hayman claims to have privately confessed child sex abuse crimes to Rabbi Pinchus Feldman 25 years ago. Rabbi Feldman does not have any recollection of such a confession.

Rabbi Feldman wishes to reiterate the following which he has publicly said on numerous occasions:

"To make my position absolutely clear, I endorse the unequivocal Rabbinical rulings encouraging any victims of abuse to report to the police and I will continue to support the efforts of law enforcement agencies in investigating and taking action to protect our community."

As part of a commitment to the highest standards of care for our pupils, our school Yeshiva College has comprehensive child protection policies in place. Those policies and procedures are constantly being reviewed and updated to ensure maximum safety and protection for our students.

As has been widely reported, in 2003 a case of child sexual abuse was promptly reported to the authorities by Yeshiva, and that has always been and continues to be the policy at Yeshiva.

We welcome investigations by the Police to uncover and prosecute against such crimes and are confident in the outstanding competence and professionalism of the Australian authorities to ensure the protection and welfare of citizens in our society.