Is there a Jewish Right to Commit Suicide?

Is there a Jewish Right to Commit Suicide?
Temple Sinai of Sharon, Inc. and Rabbi Clifford E. Librach
(Originally published in the January 1999 Temple Sinai Bulletin) 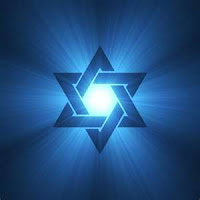 The Talmud tells the story of a rabbinic sage who returns to his old community after a long and lonely absence, exclaiming "either friendship or death!"

Every one of us is vulnerable the psychological dangers of loneliness. Each one of us is a person necessarily imbedded in a range of multiple relationships-we are all children, most of us have siblings and many of us have spouses and children in addition to friends and acquaintances.

Therefore, no one is really independent in anything but a relative sense-no one is truly and radically autonomous. Autonomy, in the Jewish view, can only be the property of a Force who is capable of creation out of nothing (creatio ex nihilo). Only God has this capacity; it is a capacity no creature should attempt to achieve, let alone assume that it already possesses.

To view any individual as being independent of all relationships is like viewing a point outside of a line.

Why do we need the authority of government? For two reasons-polar opposites, in many ways. We need a state because so many human beings are selfish individuals inclined to (a) distrust each other and (b) to pursue their own self-interest without restraint. But in addition, we need a state so that we can properly order the mutual satisfaction of our personal needs and those of each other. It is not good for us to be alone (Genesis 2:18), which is why we are ultimately and intimately attached to each other (Genesis 2:23) in family, tribe, society and nation.

In either case, the state has as one of its prime responsibilities the intervention against behavior when there is a strong possibility that death might otherwise occur. Society-and its principal agent, state power-is charged to defend all innocent human life from destruction. Accordingly, there is really no difference between homicide and suicide. The killing of innocents is to be contained irrespective of who is killing and who is being killed.

The problem with seeing a "right" to suicide is not only that it suggests that we are responsible to no one (family, friends or God) but ourselves. In addition, we can (and, no doubt, will) be pressured to exercise that "right" when it would seem to us to be in the best interest of those in our immediate circle.

It was no accident that the suicide rate of German Jews, beginning in 1933, dramatically increased years before the actual "Final Solution" of the death camps was implemented. When the German society, of which most of them believed themselves to be integrated members, sent them so clear a message that their presence was to be removed at any cost, death became the last privacy to which they were consigned.
Suicide is an exaggerated scream of loneliness.

For Judaism, the proper medicine for loneliness is love, not death. We have no more "right" to murder ourselves than we do to murder each other.