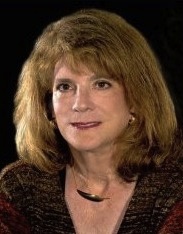 UCI's Distinguished Professor in Social Ecology Elizabeth Loftus, widely known for her studies in false memory research, is currently facing an impending lawsuit filed against her by Nicole Taus in Solano County, Calif.

No stranger to controversy, Loftus has come to the defense of some of the nation's most high-profile individuals, among them Ted Bundy, the Menendez Brothers and Michael Jackson.

Although Taus could not be reached for comment, a plaintiff report filed at the superior court of California in Solano County accused Loftus and several other parties of invasion of privacy, defamation, libel per se, negligent and intentional infliction of emotional distress and damages.

Taus, who is now currently serving as a Lieutenant in the United States Navy Air Corp, was caught between a custody case battle between her parents in 1979 that was later won by her father.

It was this custody battle which later attracted David Corwin M.D. to publish an article in 1997 in the scientific journal "Child Maltreatment," dealing with Taus' memories on childhood abuse.

Taus was not named, nor identified in the article, except as "Jane Doe."

The article drew interest. The journal then printed reviews including both praise and criticism that was published in the same journal.

It was this journal article that allegedly prompted further research on Taus conducted by Loftus and Melvin Guyer, a psychology professor at the University of Michigan Medical School.

However, the research that was conducted and later published allegedly disclosed private information that revealed Taus' identity and as a result, have subjected her and her family to further emotional distress from past events.

According to Corwin's case history study, Taus was six when she was videotaped recounting her mother�s abuse, which later led to her mother loosing full custody and contact with her daughter.

Corwin then contacted Taus 11 years later to seek her permission to use the tapes.

Taus claimed initially that while viewing the tapes, she had no recognition of the said events but later said that she did remember. Because of this incident, Loftus attempted to find more proof regarding the said abuse beyond Jane Doe's experience.

During this research, Loftus had compiled much evidence that led her to doubt Jane Doe's story of abuse.

This research later led to the current complaint filed against her and her leaving the University of Washington.

Lynn Crook, a journalist who has been investigating Loftus and her alleged misbehavior, questions Loftus' research methods. Crook, who also was subject to a custody trial between her parents, said that Loftus had testified on her behalf and had helped her win her case. However, she said that there was still a number of misrepresentations and errors in her testimony.

"Her work has created enemies," Crook said. She said that although Loftus' testimony had helped her case in the past, Loftus had failed to accurately present her facts and testimonies.

"Her testimony actually helped my case, however her testimonies were inaccurate and misrepresented. She had ignored corroborative evidence and out of the 95 words that described the case 12 were errors," Crook said.

Crook also said Loftus' actions on the Jane Doe case drew outcries from university officials prompting her to resign from the University of Washington and the American Psychological Association.

Loftus however said that Crook's behavior is harassment and irrational.

Loftus also said that Crook has been harassing her for the past several years and has even gone to such extreme measures such as to registering herself under a false name in one of Loftus' classes to monitor her.

Moreover, the report also alleges that, "Loftus and Guyer deliberately mischaracterized the information and records they were obtaining and reviewing."

However, Loftus claims that she has never met Taus and that she has always represented her as "Jane Doe" in the publication.
I've never used her name. I wrote an expose regarding false memory entitled "Who Abused Jane Doe," Loftus said.

She also emphasized that the current lawsuit is an attempt to prevent her from practicing her first amendment rights.

"These allegations are a meritless attempt to chill my first amendment rights as they tried to do so in the University of Washington," Loftus said.

Loftus also adds that UCI is supporting her amidst this controversy. "UCI is defending me and so is my whole department," Loftus said. However, she stated that, "I do not want to comment on the pending lawsuit."

Also named in the currently impending lawsuit include Melvin Guyer who co-authored the article with Loftus, Carol Tavris, collaborator of Guyer and Loftus, University of Washington for allowing the research and investigation made by Loftus on the Taus case,

Shapiro Investigation who allegedly aided Loftus in her research, Skeptical Inquirer for publishing information on the research and The Committee for the Scientific Investigation of Claims of the Paranormal for distribution and supporting and hosting speaking engagements by Loftus.
Posted by The Awareness Center, Inc. at 4/07/2003 12:34:00 AM