Case of Rami Sabin
This Page Is Under Construction 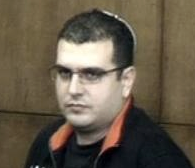 Ringleaders forced hundreds of Russian, Ukrainian, Moldovan, Belorussian, and Uzbek women into prostitution in an operation that reached as far as England, Belgium, and Cyprus. 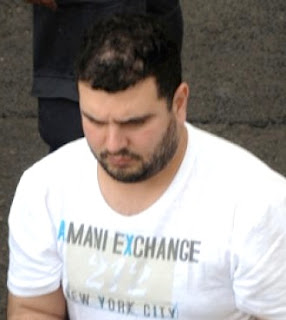 The Tel Aviv District Court convicted Thursday four Israelis of heading a massive human-trafficking ring that reached out of Israel’s borders to such countries as Cyprus, Belgium and England, forcing hundreds of women into prostitution.

At the end of a two-year international investigation, the suspects were arrested in 2009 along with over 20 suspects in several other countries. The convicted ringleader, Rami Saban, a 37-year-old resident of Magadim, was previously under investigation for alleged involvement in bringing hired killers from Belarus to assassinate leading Israeli underworld figure Nissim Alperon.

Along with Saban, the court also convicted three of his accomplices, including brothers David and Yaakov Moraidi and Shmuel Malka.

In what the verdict called “one of the most complex and extensive human-trafficking affairs to be uncovered in recent years, if not ever,” Saban and his associates used a network which located hundreds of you women in towns and villages in Russia, Ukraine, Belarus, Moldova, and Uzbekistan.

Contacts would then persuade the women to arrive in Israel, promising them that they would be employed as waitresses and bar dancers. In some of the cases, the suspects violently abused the women, who were smuggled into Israel from Egypt and Turkey.

According to the court’s verdict, some of the defendants owned and operated 12 brothels in Tel Aviv and Ramat Gan between 1999 and 2004, later operating a phone sex line between 2005 and 2006.
The suspects received between $5,000-$7,000 for each woman, depending on her physical appearance, and in some cases Saban was introduced as a partner in the establishments in which the women were employed, receiving 30% of the profits.

Head of massive prostitution ring gets 18 years in prison
by Naama Cohen - Friedman
YNet News - May 10, 2012 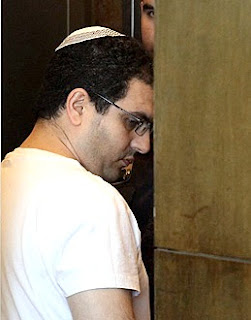 Four months ago Saban and three of his accomplices were convicted of trafficking hundreds of women into Israel for prostitution.

Justice Kaboub called the operation “one of the most complex and extensive human-trafficking affairs to be uncovered in recent years, if not ever."

According to the indictment, the defendants smuggled hundreds of women into Israel through the border with Egypt. They used a network which located hundreds of young women in Russia, Ukraine, Belarus, Moldova, and Uzbekistan.

The court said the suspects received between $5,000-$7,000 for each woman they sold to an escort service in Israel, depending on her physical appearance. The three key suspects are alleged to have pocketed millions of shekels each.

Eight men were indicted in March 2009 in connection with the human trafficking ring, but two of them became state witnesses as part of a plea bargain and linked Saban to the other suspects. Avi Yanai, Saban's business partner, was sentenced by a Russian court to 18 years in prison for his role in the operation.

Some of the women, the verdict said, were imprisoned and abused.

The court also said some of the defendants owned and operated 12 brothels in Tel Aviv and Ramat Gan between 1999 and 2004, and also operated a phone sex line between 2005 and 2006.

Saban was convicted of pandering, conspiracy to commit a crime, operating a brothel, forgery and money laundering.

Saban, the court said in the verdict, "was at the top of a pyramid of criminal and disgraceful activity. Words cannot describe the cynicism and apathy with which the defendants, headed by Saban, treated the woman.

"Nothing deters him (Saban) – not prior convictions or lengthy jail sentences," Justice Kaboub wrote.

A representative of the Tel Aviv District Prosecutor's Office said the court "sent a strong message to Israel's citizens that they will be severely punished even if they commit human-trafficking offences outside the country's borders."

Rita Chaikin of the Isha L'Isha (Woman to Woman) organization said she hoped the verdict would deter human traffickers. "It is important to understand that women who have been trafficked into Israel did not do so out of their own free will, but out of terrible distress," she said.