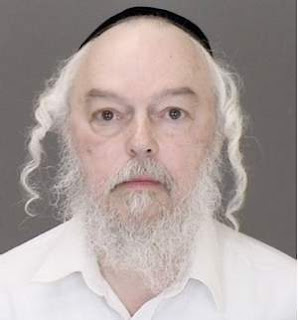 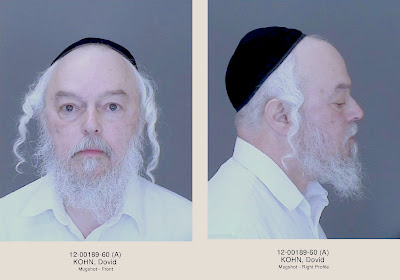 The man, Dovid Kohn, 59, of Monsey, also know as Avraham Perl, is being charged with 40 counts of a criminal sex act in the second degree for engaging in sexual conduct with a person younger than 15 years old, a class D felony. Kohn is also facing one count of sexual conduct with a child in the first degree, a class B felony, police said.

According to police, a female victim went to them about Kohn on March 19. Following an investigation they found Kohn had abused the victim over several years when she was between the ages of 12 and 15.

Police are encouraging any other victims to contact the Ramapo Police Detective Bureau.

RAMAPO — A 59-year-old Monsey man has been charged with 40 counts accusing him of having oral sex with a girl when she was between the ages of 12 and 15, police said Friday.

Dovid Kohn, also known as Avraham Perl, is being held on $1 million cash bail in the county jail in New City on 40 counts of second-degree criminal sex act and first-degree sexual conduct against a child.


The girl is now in her mid-20s, Ramapo Detective Lt. Mark Emma said Friday.
The woman came forward March 19 to file a complaint against Kohn, who runs a video business in Monsey that covers events for businesses.

“This happened over three years when she was between 12 and 15,” Emma said. “I wouldn’t question the motive of any victim who decides to come forward.”

Emma said there is no statute of limitations on sex crimes. The sexual-conduct charge is applied when the alleged abuse lasts at least three months.

Authorities would not say how the suspect and the woman knew each other.

The reason for the high bail from Justice Rhoda Schoenberger was because he uses two names, police said. The judge set bail at $5 million bond or $1 million cash.

His legal name is Avraham Perl and he has lived in the Monsey community for 30 years, said his lawyer, Kenneth Gribetz. He is married with three adult children.

Gribetz said his client will plead not guilty and will provide the court with documentation showing his legal identity.

“We will review the facts and circumstances of the case when the police and District Attorney’s Office provide us with the details,” Gribetz said.
Emma said anyone with information can call the Ramapo Police Department at 845-357-2400 and ask for the detective bureau.

After a series of religious Jews charged with sex abuse crimes evaded prison time, law enforcement finally appears to be turning the corner in the effort to provide equal protection to children of the community.
David Kohn of Monsey pled guilty on Monday of performing oral sex on a then 12-year-old girl who was friends with his daughter. The 60-year-old Israeli-national is expected to face a sentence of eight years in state prison, 10 years probation and placement of the sex offenders registry. He also is likely to be deported following his sentence, as he’d overstayed his immigration VISA.

Kohn admitted to Judge William Nelson in the county courthouse that he’d perform sex acts on the girl between the years 2004 and 2006 when she was between the ages of 12 and 14. The girl did not report the crimes until 2012.

Prosecutors outfitted the girl with a body wire and recorded conversation between she and Kohn which verified her version of events and led to his arrest.

In the last year and a half Samuel Dym (AKA: Shmuel Dym) and Moishe Turner of Monsey and Herschel Taubenfeld of New Square were all charged with various sexual crimes against children, but evaded jail time. The probation sentences of Taubenfeld and Turner were announced within the last two weeks.

Prosecutors have faced challenges in securing justice for children in the religious community that have been victimized. Sometimes there is pressure from persons within the community for victims to deal with such matters internally, and not include the justice system.