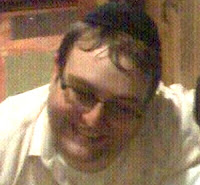 This page is under construction

Exclusive: Man accused of raping a teen has been working at a Brooklyn yeshiva
By Reuven Blau
New York Daily News - July 5, 2012 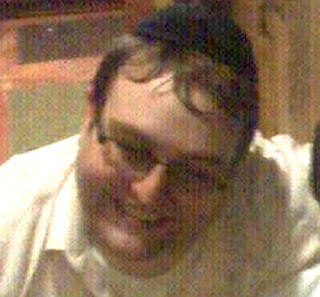 A Borough Park man accused of raping a young boy has been working at a Brooklyn yeshiva for troubled teens - and the city’s Probation Dept. never barred him from contact with minors.

Moshe Pinter, 28, was arrested and charged with a trying to molest a 13-year old boy in 2007, but pled down the top felony charge to a misdemeanor child endangerment offense after the victim declined to testify against him, according to court records and sources.

Pinter was sentenced to three years of probation, but was not barred from working with minors.

For the past year Pinter has been working at Ohr Hameir Yeshiva in Borough Park chaperoning Hasidic teens on weekend getaways while parents had no idea of his criminal past - which also includes two theft convictions.

“It's scary. My parents fell for it. They had no idea. He should be a million miles away from kids," said the brother of a former student at the Tenth Ave. school. "They put him right back in the community.”

After an inquiry from the Daily News, a Probation Dept. spokesman said the agency is “investigating” Pinter’s role at the school.

“It is within the Department of Probation's authority to determine whether Mr. Pinter is engaged in suitable employment and we have informed him that he is not permitted to have any contact with minors at [the yeshiva] while we investigate the situation,” department spokesman Ryan Dodge said.
Pinter did not respond to calls seeking comment. His lawyer, Kenneth Gribetz said Pinter “was never an employee of the school. He volunteered there.” Parents say he repeatedly identified himself as an “administrator.”

Child victim advocates said the case highlights the need for private schools to be legally obligated to run fingerprint and background checks on employees and for Brooklyn District Attorney Charles Hynes to publicize the names of convicted perpetrators in the Jewish community.

Hynes has repeatedly refused to list the names of Jewish sex crime offenders, arguing it would lead to the underage victims being outed in the tight knit Orthodox community.

Victim advocates counter that past cases have shown the kids names are known in the community regardless, while their molesters and the details of the charges often stay secret.

Ohr Hameir touts itself as a haven for troubled Hasidic teens who have been tossed from mainstream religious schools, a group particularly vulnerable to sexual predators.

"It's beyond sickening. You take a guy with a criminal background and put him in touch with the most vulnerable kids," said Mark Meyer Appel, founder of Voice of Justice, a child advocacy group.

Pinter pled guilty to grand larceny charges last March and faces up to 15 years in prison at his October sentencing.
Posted by The Awareness Center, Inc. at 7/05/2012 02:03:00 AM