Lost in the Shuffle: Survivors of Sexual Victimization 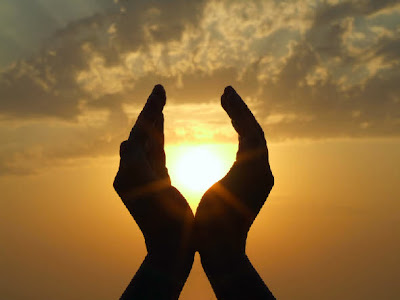 It's so easy for survivors of sexual violence to get "Lost in the Shuffle". There so many different levels this can happen. I don't even know where to begin.

Let me get started by telling you about a discussion a dear friend of mine had with her 12 year old daughter, Rochel.

The reason why this is so funny, is because my friend is more then just aware about the political climate everyone associated with The Awareness Center works, and about my own personal pet peeve regarding the term "expert".

It seems that every time someone has told me "they were an expert" on a particular subject related to sexual violence, and continue on by telling me I should "trust them" because they are such an expert -- it has always been a huge red flag, to run as far away from them as I can.

Let me warn you that I am very opinionated when it comes to this world. I'm also aware not everyone will respond the way I do.

My experience has been that the majority of the times a person has appointed themselves as an expert -- it has meant they stop learning, appeared to be close minded, and unable to hearing other peoples perspectives.

I have no problem with someone telling me that they have a great deal of experience in an area, but when someone calls themselves an "Expert" to describe themselves, especially when dealing with victimization issues, I run and suggested to others they do the same. I also make sure to tell survivors that they are the only true "expert" of their lives, and ultimately they hold the key to what will help them heal.

You have to understand, that choice has been taken away from someone who has been sexually violated. They need to learn or relearn to trust their own judgment. Going to someone who is a self-appointed expert, often takes choice away from the survivor.

Believe it or not; Being a victim advocate means you have to deal with some pretty ugly political situations. Believe me, not everyone will agree with your perspective in how to handle various cases or situations.

Keeping everything I've just said in mind, here is the wisdom of Rochel, the fifteen year old teenager.
The discussion Rochel had with her mother was on the mean of two words. "Expert" and "Politics".

Expert
An "Ex" is has been
Spurt means A drip under pressure
therefore an Expert is a Has Been, drip under pressure.
Politics
Poly means Many
Ticks are blood sucking creatures
therefore Politics means Many blood sucking creatures
Did you ever stop to think, who in their right mind would want to spend time talking about rape? incest? other forms of childhood sexual abuse? or how about the popular topic of Rabbinical Sexual Misconduct? I'm sure you can think of a zillion other things to occupy your mind and discuss with friends that wouldn't evoke the same emotions these topics do.

I keep thinking back to about a month ago (February, 2005). The headlines in the news were about the Academy Awards. This wasn't just on a local level, it happened internationally (It was on ABC, NBC, CBS, CNN, BCC, etc.). Almost everyone was talking about WHO was going to get nominated for an Oscar.

Once the nominations were announced, the topic of discussion swiftly changed to: What each of the celebrities were going to wear.

Stop and think about it. How many thousands of dollars (if not millions if you add in the jewelry) were spent on the wardrobes of each individual celebrity, remember this was for just one evening? Can we even begin to compare that amount money to how many dollars are spent on helping each individual survivor of sexual violence over a lifetime?

Things like this always get me thinking. What are the Academy Awards really about? One perspective might be that it's a group of people from various related professions, getting together to honor each other, for a job well done. Many of the nominee's and winners are basically getting honored for pretending they are other people. This idea worked out so well that they decided to repeat it once a year for the last 77 years.

I've worked with many survivors over the years who also have the talent of being other people. It's not really pretending, in the survivor world they call it dissociation. It's a a coping mechanism. Not one of them have ever gotten an award for this talent.

Wouldn't it be wonderful if the world recognize what they are doing and start honoring survivors of sexual abuse or assault and also those who are supportive of them (i.e. parents, spouses, friends)?
Let's take this a step further. I don't know if you heard about the "goodie-boxes that those who were nominated to get an Oscar received? These party favors included also sorts of elaborate gifts:

Top of the line cell phones, camera's, designer clothing, diamond jewelry, video games, stays at exclusive spa resorts -- the list goes on and on. I read some where that in 2003 the "goodie-bags were worth over $20,000.00 a piece, some even much more.

Remember these gifts were given to those who were just nominees. Can you imagine the gifts that the winners got?

Now let's change things around a bit. You were sexually abused as a child. You told someone who believed you, and they helped you get the help you needed.

The odds are you spent a few years in therapy, working through all sorts of things.

The Academy learned of your bravery and nominated you as "survivor of the year". Can you imagine the incentive to heal if you knew you might be able to get one of those "goodie boxes"?

Some might feel that receiving one of these gifts is the worlds way of thanking you for developing the coping mechanism you needed to survive, and thanking you for taking the time out to heal.
We can't forget one of the most important aspects of being nominated, and then having your name announced as the winner.

I want you to imagine what it would be like for you to walk into a room, and everyone stands up and gives you a round of applauds for a job well done? You are honored and respected, just for being you.

When I was a child, my friends and I would play a game called "Let's pretend". So I'm going to ask you to play along with me.

Let's pretend you were walking down the street, and two men came up behind you, pointed a gun at you and said, give me all of your money -- or I'll kill you. You complied, pulled out your wallet and gave it to them. They ran away. Leaving you standing on the street, shaking.

What would be the first thing you would do?

If you are like most people, you would most likely call the police; and give them all the details you had.

Then you might call everyone you know, and tell them about what happened to you. For the next week or two it might be the only thing you could think about.

Because everyone you told was supportive of you, the trauma slowly fades into your memory.
Now let's say, you're about seven. Your parents went out, and your baby-sitter came into your room, and took all the money in your piggy bank. They told you if you told anyone, bad things would happen to you and/or family members. The next day when your mother woke you up to go to school, would you tell her about the robbery?
All too often when someone has been sexually abused or assaulted, they feel a great deal of shame. They have also been robbed of something.

Unfortunately in our society it's not socially acceptable to say "Hi my name is Steve, and I'm an incest survivor". This reality has got to change if we want our communities to heal.

All too often survivors have been made to feel their victimization was their own fault. This is far from the truth. We need to educate our communities that a survivor of sexual abuse/assault should be treated the same way you would treat someone who was robbed on the street.

One of our biggest problems we have, is that our communities don't have the education they need to understand the issues and ramifications sexual violence plays on it's victims.

We need to demand that this be changed. The resources our out there, yet our community leaders have been afraid to utilize or learn from them.

We as victim advocates have a responsibility to insure there be a public outcry for change.
Posted by The Awareness Center, Inc. at 3/22/2005 07:36:00 AM