Please forward this to anyone you know who may come in contact with Malka Leifer. The goal is to prevent one more person from becoming a victim of a sex crime. 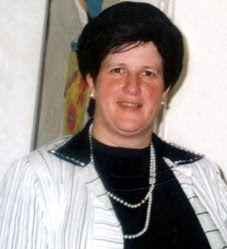 Malka Leifer was born in Tel Aviv, Israel. In 2000, Malka Leifer was hired by Adass Israel Girls School. In 2003 she was promoted and made principal. Her employment terminated and left Melbourne within 24 hours of being investigated by the school board. There were allegations made that Adass Israel school purchased the ticket for Leifer to return to Israel. Norman Rosenbaum, the schools spokesperson, the rumors are not true. Another source stated that she “borrowed” $ 24,000 the day before she left from some of the girls and teachers at the school.
Posted by The Awareness Center, Inc. at 4/25/2008 01:00:00 AM