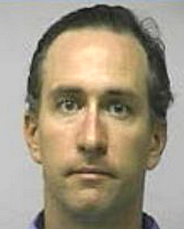 It is unknown where he is no located.  There are rumors that he moved out of the country after his probation was over.

NOTE: There are several different people by the name of David Alan Stein.  The one on this page was born around 1972.

GREENSBORO — The American Hebrew Academy's former director of campus life is facing charges that he had sex with a student, police said.

Since then, Stein has been in San Clemente, Calif., living with his parents and working at an insurance company, McHenry said.

Stein is charged with eight counts of having sex with a student, McHenry said.

The incidents took place sometime during the 2006-07 school year on campus, Hastings said.

The student involved is a 16-year-old male, Hastings said. He did not know if the student was still enrolled at the school.

School officials alerted police after a student came forward with a complaint, Glenn Drew, executive director of the American Hebrew Academy, said Tuesday afternoon in a prepared statement. He said Stein was fired.

It was unclear Tuesday how long Stein had been working at the school.

"This has been a painful incident for the Academy community," Drew said, "but we remain committed to protecting our students and serving justice."

Students come from all over the world to attend the Academy, which combines college preparatory and Jewish studies.

The school sits on a 100-acre wooded campus off Hobbs Road in northwest Guilford County.

McHenry would not comment on whether more students were involved or if further charges are pending. Hastings said the investigation is continuing.

GREENSBORO, N.C. - A former director of campus life at the American Hebrew Academy is accused of having sex with a student.

Rabbi David Alan Stein, 35, turned himself in to Greensboro police on Wednesday. Authorities said he was charged with eight counts of having sex with a student.

According to investigators, the alleged sex acts occurred on campus during the 2006-07 school year. The student was a 16-year-old male, police said.

Stein left the school in the spring after police began their investigation, which has lasted about four months. The school said Stein was fired.

The coed boarding school includes students from around the world in grades 9-12. It is located off Hobbs Road.

Police said they were contacted by school officials after a student came forward with a complaint.
Stein has been living in California the last few months.

Rabbi arrested -- He was a school rabbi at Greensboro's American Hebrew Academy. Now David Alan Stein, 35, is accused of having sex with a student.

GREENSBORO -- He was a school rabbi at Greensboro's American Hebrew Academy. Now David Alan Stein, 35, is accused of having sex with a student. Greensboro police investigators issued a warrant for his arrest Tuesday and Wednesday Stein turned himself in.

Police say Stein is facing eight counts of having sex with a student. For several months, Greensboro police have been talking to staff and students at the American Hebrew Academy.

"We did reach a point where we were able to take out warrants for his arrest," said Lt. Brian James, Greensboro Police Department.

A student, who is now 16 years old, came forward with a complaint and a school staff member then alerted investigators.

"The student came forward with evidence of Mr. Stein's inappropriate behavior," according to a statement from the Academy's executive director.

"At this point we believe that the contact or the majority of contact occurred on campus," James added.

"Of course we did take some things from the Academy that would give us some indications as to what type of relationship the rabbi had with the student," James said, which led investigators to believe there were inappropriate incidents between the student and Stein.

Greensboro police officials say soon after that they began their investigation, and Stein was immediately fired from the American Hebrew Academy. He then moved to San Clemente, Cal. to live with his parents.

"We have sent detectives out to California in an attempt to interview him," James said.
Police say Stein has cooperated with investigators but also say there is the possibility other charges might be filed.

"If any other names are brought forth to us that may have had any kind of involvement with him of course we will look into it," James said.

And so will the school. Officials there said Wednesday that while the incident has been painful for the Academy community, they will remain committed to protecting students and serving justice.

David Stein was released on a $50,000 cash bond. There's no word on his next court date.

The grand jury also returned murder indictments against three men in two separate homicides and against a woman accused of killing one person and injuring five others in a DWI crash during Labor Day weekend.

David Alan Stein, 35, faces eight counts of having sex with a student, records show. He was the school's director of campus life.

Police have said the incidents, which involved a 16-year-old male student, took place on campus sometime during the 2006-07 school year.

The co-ed boarding school serves 135 high school students and employs 80 people, school officials have said. Students come from all over the world to attend the academy, which combines college preparatory and Jewish studies.


GREENSBORO — A former American Hebrew Academy rabbi received three years of probation after pleading guilty Monday to taking indecent liberties with a student.
David Alan Stein, 37, the former director of campus life for the private school, will be on supervised probation for three years, according to the Guilford County District Attorney’s Office.
In October 2007, police charged Stein with eight counts of having sex with a student. Those charges were reduced to eight counts of indecent liberties with a student, and additional felony sex offense charges were dropped as part of the plea.
The judge suspended a sentence of three consecutive prison terms of a minimum six months each. Stein also was ordered to have no contact with the former student, now a college sophomore, or his parents.
The probation case likely will be transferred to California, where Stein now lives, the District Attorney’s Office said. Stein had moved in with his parents and started working with an insurance company after he was first charged in 2007, police said at the time.
The incidents took place during the 2006-07 school year on the campus of American Hebrew Academy and involved a 16-year-old male student, police said at the time.
Stein left the school in the spring, shortly after police began their investigation.
The coed boarding school served about 135 high school students and employed 80 people at the time. Students come from all over the world to attend the school, which combines college preparatory and Jewish studies.
The school sits on a 100-acre wooded campus off Hobbs Road.
_______________________________________________________________________________