When You’re An Incest Survivor


Estimates of the number of incest survivors vary. These discrepancies can be attributed to the fact that incest remains an extremely under-reported crime. According to statistics on the National Center for Victims of Crime web page, 46 percent (46%) of children who are sexually violated are victimized by a family member.


To explain why the windows legislation is so important I would like to share my story with you. My story is not that much different than many other incest survivors.

To the outside world I grew up in a typical upper middle class, loving, suburban family. A family in which both of my parents were seen as honorable and respected. My father worked long hours and my mother was very active volunteering time at the local PTA and in Girl Scouts.

My parents always wanted the best for their children. There was always enough food on our table, we lived in a safe home and neighborhood, we were well clothed and went on many wonderful family vacations. We were a family that did things together. When we were sick either my mother or father would hold us in our arms -- and if need be stay up with us all night long with us.

No one would have ever guessed that my mother was being battered or that my father had an explosive temper. Like many other children who grow up in an abusive environment, my siblings and I believed it was much better for us to use our tiny little bodies as shields to protect our mother from being hurt.


There was another secret that I kept for many years. I was being sexually abused at home. I don't know how old I was when the sexual abuse began. When I was young I just thought that was one of the many ways a parent would expressed love to a child. The abuse was done with tender loving care. As I got older I started feeling funny about what was happening. By the time I was in high school I began to refuse to be touched sexually. Unfortunately, doing so made the physical abuse get worse. I didn't know what to do to make the emotional, physical and sexual abuse stop.

During my high school years my guidance counselor was aware that something was wrong at home. He was aware that I was overwhelmed and often wrote passes for me so I could just hang out in his office instead of going to classes. I didn’t have the vocabulary to tell him what was going on. I would just say "my father was being mean again". Eventually I trusted him enough to show him the bruises on my arms. At one point he brought me to the school nurse who told me “my bruises wouldn't photograph well enough, and there was nothing they could do."

When I was sixteen I attempted suicide for the first time. I remember my school counselor asking me if I was being sexually abused at home. My response to him was no. I figured what good would it do to say yes. He wasn’t able to help me with the physical abuse. I was also too embarrassed to say yes.

Both the physical and sexual abuse ended when I was in my early twenties. Unfortunately, on many levels the emotional abuse continues to this day.

Over the years as I’ve been on my own personal healing journey I’ve thought about filling a civil suit against my parents, yet I could never bring myself to doing that. My parents were not always mean or cruel. They were often very loving and kind. I always wanted to believe that they loved me, that they really cared about me. I often made excuses for them that they just didn't know any better.

When I was twenty I confronted my mother for the first time about both the physical and sexual abuse. Her reaction was to tell my father what I said. At first both of my parents disclosed to me that they were also sexually abused as children. The strange thing is that they both denied being abusive towards me. Because I refused to recant my story, I was basically cut out of the family. There were a few brief respite of my exile, yet from that point on I basically no longer had parents, aunts, uncles, cousins, or siblings. I was no longer invited to family functions. I was not allowed to watch my nieces or nephews grow up. I was no longer seen as part of my family. I became nobody's child.

Through the years I felt both anger and sadness for what happened to me. I yearned to be part of my family. I would often ask myself, how does one sue their parents? How does one emotionally put themselves into a place to do such a thing?

Last year at the age of 47 I reconnected with one of my relatives who I hadn’t seen in about twenty-five years. It was after that interaction I began to seriously considered filing a civil suit against my parents. What had stopped me in the past was that I had fantasied that a miracle would happen and there would be some sort of reconciliation. If I filed a civil suit all bets would be off for my fantasy to become reality.

During one of the conversations I had with my relative, she disclosed that she was ordered not to communicate with me until the statute of limitations of filing a civil suit had expired. Once that date passed, she had no idea of how to find me.

After the conversation I had with my relative I couldn’t stop crying. It finally hit me how much I’ve lost. I finally found the courage to seek out an attorney to file a civil suit against my offenders. The problem was that in the eye’s of the law it has taken me too long to come to this point.

I am not alone. Many adult survivors of child sexual abuse are also facing the same stumbling block as I did. Without the “Window legislation” that would either change or abolish the statute of limitations filing a civil suit, my offenders and the offenders of other survivors can never be held accountable for their actions. 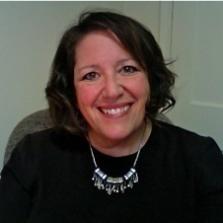 Vicki Polin is the founder and executive director of The Awareness Center. Vicki is a Nationally Certifide Counselor (NCC), Licensed Clinical Professional Couselor (LCPC) in the state of Illinois and is a Board Certified Art Therapist. She has an undergraduate degree in Women's Studies from Roosevelt University, and a Masters Degree from the University of Illinois at Chicago. Vicki also attended Neve Yerushalayim School of General Jewish Studies, Jerusalem, Israel and The Etz Chaim Center For Jewish Learning, Baltimore, MD.

Here are a few things incest survivors want you to remember when it comes to legislation abolishing both civil and criminal statutes of limitations and the “Windows legislation”.