The Obligations Of A Shadchan (matchmaker) 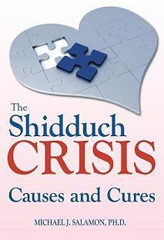 In the Jewish orthodox world it is not uncommon for young adults to use a shadchan (matchmaker) to help them find a mate.

A question was recently raised regarding the legal responsibilities of a shadchan (matchmaker) when a they would introduce a man to a woman. It was asked was if a shadchan knew that either the man or the woman has a violent temper or a past history of any kind of sexual offenses would the shadchan be required to warn the other party? It was also asked if a shadchan be held liable in a civil suit?

The answer can be different from state to state, yet in most states the victimized party would be allowed to have a negligence action made against the Shadchan.


RESTATEMENT (SECOND) OF TORTS
§ 323. Negligent Performance Of Undertaking To Render Services
One who undertakes, gratuitously or for consideration, to render services to another which he should recognize as necessary for the protection of the other's person or things, is subject to liability to the other for physical harm resulting from his failure to exercise reasonable care to perform his undertaking, if

(a) his failure to exercise such care increases the risk of such harm, or

(b) the harm is suffered because of the other's reliance upon the undertaking.