Ordered by the Tel Aviv District Court to pay NIS 120,000 in compensation to a woman he sexually assaulted with whom he counseled. 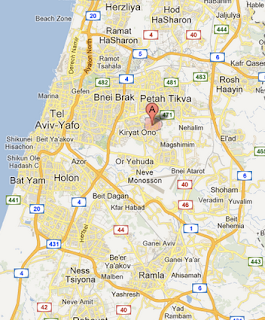 Rabbi Eliyahu Tzabari, a former chief rabbi of Ganei Tikva, was ordered by the Tel Aviv District Court yesterday to pay NIS 120,000 in compensation to a woman he sexually abused. The women came to the rabbi a decade ago seeking spiritual advice and help with lifting a curse she said had been placed on her and her infant son, who suffered from severe asthma. The rabbi persuaded her to participate in sexual rituals he claimed would exorcise the curse. Tzabari was indicted in 2001, but a criminal trial was postponed by then-attorney general Elyakim Rubinstein because of the rabbi's poor health. The woman pressed her case in a civil suit.

The Tel Aviv District Court on Monday ordered Eliyahu Zabari, the former rabbi of Ganei Tikvah, to pay NIS 140,000 to a woman who filed a civil suit against him claiming he had raped her.

The woman went to Zabari 10 years ago to receive a blessing for her son who was sick at the time with asthma. During the "blessing process", Zabari raped the woman and sexually assaulted her.

An indictment was filed against Zabari but was later annulled by former attorney-general Elyakim Rubinstein due to the rabbi's poor health.