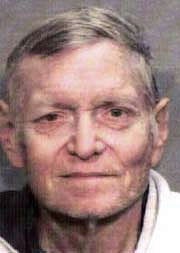 Drama teacher in an intermediate school in the Bronx was arrested on charges that he had sexually abused four boy pupils. He was convicted and is on the National Sex Offender Registry.

A 33-year-old drama teacher in an intermediate school in the Bronx was arrested yesterday on charges that he had sexually abused four boy pupils.

The police would give no details of the case against the teacher, Harvey N. Berish, of 34 Metropolitan Oval, the Bronx, saying only that the arrest followed an investigation of a complaint "of a less-serious crime."

The arrest of Mr. Berish at the Daniel Hale William's Intermediate School in the Co-Op City section of the northern Bronx surprised the principal, Jack Landman, who called the teacher's record "exemplary and unblemished." Mr. Berish has been a teacher for 12 years.

A spokesman for the Board of Education said Mr. Berish would be assigned to administrative duties at the Bronx district office until the charges were resolved. He said that this was standard procedure.

Mr. Landman said that the school administration had not received any complaints against Mr. Berish, and that the first he knew of the allegations was when detectives from the 45th Precinct came to the school to arrest the teacher.

"They wouldn't give me any details of the matter and would not even identify the four students," Mr. Landman said. "I don't know for a fact that were from here."

A spokesman for the Board of Education said the police had told them they acted after investigation a complaint that led to three other boys, all between 12 and 13 years of age, who alleged sexual misconduct by the teacher. The spokesman said the police had told the Board of Education that the latest incident took place last Friday during school hours.

Mr. Landman said Mr. Berish came to the school three years ago, after nice years at Herman Ridder Junior High School in the Bronx. He said the teacher had been highly recommended by his former school.

The principal said Mr. Berish was coordinator of the school's special dramatic arts program, which puts on four major performances each year.

He said Mr. Berish had previously worked with high school bands and one non school affiliated band -- the Knickerbockers Drum and Bugle Corps. Mr. Landman said the 100-member band had played at the second Presidential inauguration of Richard M. Nixon, had performed before the United Nations, and had won top honors at the National Marching Band Championship in Cheyenne, Wyo.

The band went to China recently under auspices of the State Department, Mr. Landman added.

FAIR USE NOTICESome of the information on The Awareness Center's web pages may contain copyrighted material the use of which has not always been specifically authorized by the copyright owner. We are making such material available in our efforts to advance understanding of environmental, political, human rights, economic, democracy, scientific, and social justice issues, etc.