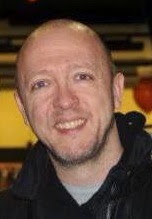 Ahavas Yisroel, the love of a fellow Jew, which is one of the foundations of the Torah, commands upon a Jew to go and to save the life of another Jew whom might be in danger. This Mitzvah is on an individual as well as a community as a whole. It is encompassed by the Mitzvah (Vayikro 19,18) of "You shall love your fellow as yourself". However there is also a specific Mitzvah (Vayikro 19.17): "You shall not stand aside while your fellow's blood is shed - I am Hashem".

In Shulchan Oruch (Hilchos Nezikei Haguf V'Nefesh, Halacha 7), it states: "A person who sees his friend drowning or robbers coming upon him, and has the capability of saving this friend, or hiring someone else to save him, must make the effort to save him, or to hire such person capable of doing so. (According to some, you must make the effort even if it puts your own life in danger, for if you won't help him he is sure to perish, where if you do help him, you have only the possibility of perishing with him). We understand this from the Posuk; (Vayikro 19,17), "You shall not stand aside while your fellow's blood is shed". There Rashi explains; "To see your friends death and you could save him". Also brought down by the Rambam (Nezikin, Rotzeach 1,14) concerning drowning, Pirush La'am adds; "This only applies to someone who knows how to swim". Is this concept true, that only a person who knows how, and is capable of saving him, must himself make the effort? If this is the case, should not one learn the required skills to save another? If you learn how to save a life, and if such a danger arose, you may merit the greatest Mitzvah; (Sanhedrin 37a), "A person who saves one life of Israel, it is as if he saves an entire world". At the same time you will have increased the odds a great deal by having been prepared in advance. A person who does not act in these circumstances, G-d forbid, forgoes on one positive commandment; (Devarim 25,12) "You shall cut off her hand" and also on two negative commandments (ibid.) "Your eyes shall not show pity" and (Vayikro 19,17) "You shall not stand aside while your fellow's blood is shed". If learning how to protect yourself aids in your ability to save others, how important should it be to learn these skills, if they could one day be needed to save your own life let alone that of another?

Further communication from the Rabbis of the Va'ad HaRabanim of Greater Seattle regarding the case of Zerach "Scott" Brown:

In the last day, since our announcement regarding Zerach "Scott" Brown was disseminated, we have received welcome input from a number of community members. Generally people have recognized that the Va'ad has tried to advise the community quickly of an issue we regard as very serious, and that the text of our communication was an attempt to balance clarity and discretion. In a few cases, however, there was some confusion about the import of our message. We apologize for any lack of clarity, and issue the following supplemental statement in order to communicate our very high level of concern. The first paragraph of our prior release was authorized by Zerach Brown; the following statement is not so authorized.

Rabbis of the Va'ad received unambiguous testimony from Zerach Brown that he has previously molested children. Zerach Brown denied having engaged in any such activity in Seattle. The undersigned Rabbis express no opinion as to Zerach Brown's truthfulness in connection with the second sentence of this paragraph. If anyone is concerned about his or her child having been alone with Zerach Brown, he or she may wish to seek appropriate professional guidance in this very serious matter.

The Rabbis of the Va'ad of Greater Seattle regret to inform you that information has come before us to the effect that Mr. Zerach "Scott" Brown was arrested in 1999 in Mountaindale, NY on charges relating to sexually improper conduct in respect to minors. Mr. Brown pled guilty at that time to a misdemeanor charge of providing alcohol to minors and was on probation thereafter. A condition of the probation was that he seek counseling for pedophilic tendencies. Zerach Brown has confirmed the foregoing information.

In connection with the matter involving Zerach Brown, Jacob Lunon appeared before the Va'ad on June 6, 2005, and made a statement in writing, which Mr. Lunon agreed the Va'ad might make public as necessary to protect the community. The following excerpt, which substantiates in part the statement by Zerach Brown, is from Mr. Lunon's written statement:

"1) Prior to coming to Seattle in July of 2004, Mr. [Zerach] Brown confided with Mr. Lunon that during a period [prior thereto]... Mr. Brown went into the woods and [engaged in certain conduct not in accordance with Halacha, but not involving another person], where he was seen by a member of the local Jewish community who reported the incident to the rabbis of the community. 2) Also, prior to coming to Seattle, Mr. Brown related to Mr. Lunon that he had been previously arrested for and convicted of providing alcohol to a minor. Mr. Brown related that he was sent to therapy for this..."

FAIR USE NOTICE
Some of the information on The Awareness Center's web pages may contain copyrighted material the use of which has not always been specifically authorized by the copyright owner. I am making such material available in my efforts to advance understanding of environmental, political, human rights, economic, democracy, scientific, and social justice issues, etc.

"Never doubt that a small group of thoughtful, committed citizens can change the world. Indeed, it is the only thing that ever has."