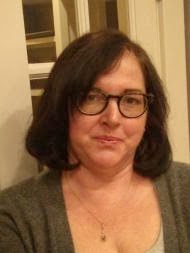 Feb. 6, 2003 -- It is widely believed that boys who are victims of sexual abuse become abusers themselves. Studies of pedophiles suggest this often is the case, but new research shows that the risk may be smaller than previously thought.

Roughly one in 10 male victims of child sex abuse in a U.K. study later went on to abuse children as adults. But the risk was far greater for sexually victimized children who came from severely dysfunctional families. Family history of violence, sexual abuse by a female, maternal neglect, and lack of supervision were all associated with a threefold-increased risk that the abused would become an abuser. The study is reported in the Feb. 8 issue of The Lancet.

"The message here is that sexual victimization alone is not sufficient to suggest a boy is likely to grow up to become a sex offender," study author and psychiatrist Arnon Bentovim tells WebMD. "But our study does show that abused boys who grow up in families where they are exposed to a great deal of violence or neglect are at particular risk."

Bentovim and colleagues from London's Institute of Child Health identified 224 adult male victims of child sexual abuse whose childhood medical and social service records were available for review. They then searched arrest and prosecution records to determine their later criminal activity. Most of the subjects were 20 years old or older when the study was conducted.

Twenty-six of the 224 sex abuse victims (12%) later committed sexual offenses, and in almost all cases their victims were also children. Abused children who came from families where violence was common were more than three times as likely to become abusers as were those who experienced maternal neglect and sexual abuse by females.

One-third of the adult abusers had been cruel to animals as children, compared with just 5% of the child abuse victims who did not grow up to commit sexual crimes. But abusers and nonabusers experienced similar levels of physical abuse as children, and there were few significant differences in the severity or characteristics of the sexual abuse they suffered.

"It is clear that prevention of sexual abuse involves not just treating the victim, but ensuring that the family environment is safe," Bentovim says. "If you leave a child in a family situation where he continues to be subjected to abuse, even if it is not sexual, you are probably wasting your time."

Child health specialist Paul Bouvier, MD, tells WebMD that the real incidence of abused boys becoming pedophiles themselves is probably higher than the U.K. study suggests because it only included sexual predators who had been caught.

In an editorial accompanying the study, Bouvier argues that much can be learned by studying child sexual abuse victims who do not go on to become sexual predators or experience long-lasting trauma.
"It is quite important to know the risks for these children to have a bad outcome," he tells WebMD. "But it is also important to look at those who are resilient and who don't become abusers later in life. What are the characteristics of those who evolve beyond this experience and go on to have a meaningful life?"