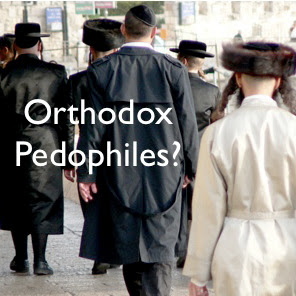 NEW YORK, Aug. 9 (JTA) —The Borough Park section of Brooklyn is one of America's most visibly Jewish neighborhoods.

On several residential blocks of one- and two-family brick homes, almost every front door has a mezuzah. Modestly dressed women push strollers, while girls in dresses and boys in tzitzit and yarmulkes play on the sidewalks.

Sixteenth Avenue, one of the main drags, is lined with religious study centers and yeshivot, a Jewish high school for girls, small synagogues and Judaica stores.

And in the middle of it all is an agency that runs a treatment program for Orthodox Jewish pedophiles.

For years, most people in the Orthodox world assumed their religious way of life and tight-knit communities insulated them from problems rocking the larger world, like sexual abuse.

There is still a great deal of resistance to discussing the issue, and a lingering feeling among many victims and advocates that Orthodox institutions are more concerned with protecting the reputations of men accused of sexual abuse than with believing or helping victims.

But fueled by a combination of factors — recent scandals, a growing cadre of Orthodox psychotherapists in whom Orthodox Jews feel comfortable confiding, and American society's growing openness about sensitive social problems — that sense of insularity is eroding both among the fervently and centrist Orthodox communities.

Just as it has begun to acknowledge that there are Orthodox child abusers and Orthodox drug addicts, the community is gradually coming to grips with the fact that it, too, has sexual abusers in its midst.

Through Jewish agencies like Borough Park's Ohel Children's Home and Family Services — whose sex offender program is believed to be the only Orthodox program of its kind — it is starting to confront the problem.

Among the indicators of change:

• In the wake of public allegations last year that a high-ranking professional in the Orthodox Union's National Conference of Synagogue Youth had sexually abused more than 20 teen-age girls, sexual abuse has become a household world among centrist Orthodox Jews. The O.U., which had been accused of protecting Rabbi Baruch Lanner, the alleged abuser, underwent an investigation by an independent commission, made some key staff changes and has vowed to implement policies to prevent future abuse.

• Four years ago, at the request of the Brooklyn District Attorney, Ohel — which already treated Jewish survivors of sexual abuse — created the first- ever treatment program specifically for Orthodox sex offenders. More than 30 people, half referred through the criminal justice system and half through rabbis and Jewish communal leaders, have received evaluation or treatment through the program; more are on a waiting list.

• At its convention this year, the Rabbinical Council of America, which represents 1,100 mainstream Orthodox rabbis, held an open and detailed discussion about sexual abuse led by Dr. Susan Shulman, a pediatrician who served on the O.U.'s commission investigating the Lanner scandal and lectures frequently about sexual abuse.

• According to the RCA's immediate past president, Rabbi Kenneth Hain, the rabbinic group is in the "embryonic stages" of creating a system for dealing with members accused of sexual misconduct.

• In the aftermath of two publicized cases of pedophilia — one concerning a rabbi teaching at a day school and another concerning a kosher butcher — the Chicago Rabbinical Council recently created a special Beit Din, or rabbinical court, to address sexual abuse. The court, which has four rabbis from different sectors of the local Orthodox community, consults with a team of psychologists, social workers and lawyers. It is believed to be the only permanent North American Beit Din focusing on this issue.

• According to David Mandel, chief executive officer of Ohel, Orthodox schools and other institutions increasingly are hosting workshops educating parents and teachers on how to prevent abuse against children and identify the symptoms indicating that a child may have been abused. In the past year, Ohel participated in more than 12 seminars or conference sessions on the topic, about twice as many as in previous years.

Sexual abuse is hardly unique to the Orthodox community, and many who work in the field say there appear to be far fewer incidents in the Jewish community than in American society as a whole.

Problems like victims' reluctance to come forward, difficulty proving cases, and a tendency of people not to want to believe accusations are vexing issues in any community. Even when caught, sexual abusers are difficult to treat, and many experts say they must be watched vigilantly because they never fully recover.

But there are certain aspects of Orthodox life that make such problems uniquely challenging.

Perhaps the biggest obstacle is the wall of silence and denial.

"We're a community that would like to believe that our religious lives prevent these problems," said Rabbi Yosef Blau, a spiritual guidance counselor at Yeshiva University's rabbinic seminary and someone known as an advocate for victims of sexual abuse.

Samuel Heilman, a professor of Jewish studies and sociology at the City University of New York, said the presence of sexual abuse "calls into question some of the deeply held values of Orthodoxy — mainly that if you maintain a strict attachment to Jewish tradition and values, somehow that would insulate you from all that is evil in society."

In addition, there is a historic Jewish tendency, particularly acute in the Orthodox world, to keep quiet about sensitive issues for fear of publicly scandalizing the community.

Many Orthodox Jews also fear that embarrassing information could jeopardize future wedding matches for individuals and their families.

Another obstacle is that the many demands of an Orthodox lifestyle — and the fact that Orthodox Jews must live within walking distance of synagogue — make Orthodox communities tight-knit. That can make it hard for a victim to come forward, particularly if the abuser is prominent or well-liked.

When the perpetrator is a rabbi or other respected member of the community, victims have an even greater difficulty, given Orthodox Judaism's reverence for rabbinical authority figures.

"If a kid goes to a parent and says, My rebbe did something to me, the parents tend to believe the rabbi, not the child," Blau said.

Perhaps the greatest challenge is that most Orthodox institutions lack a formal system for preventing or reporting abuse.

Exacerbating the situation is the fact that Orthodox Jews generally are more reluctant than liberal Jews to go to the police for crimes committed within the community.

Instead, Orthodox Jews tend to rely on rabbinical courts. But most such courts are ill-equipped to handle sexual abuse cases, and many — according to victims' advocates and Shulman — refuse to hear such cases.

Chicago's Beit Din is one of the few actively dealing with sexual abuse. So far, it has found three people guilty of abuse, alerting community leaders so they can keep an eye on the offenders and not hire them for jobs where they will be alone with children.

Rabbi Gedalia Schwartz, chief presiding rabbi of the Chicago Rabbinical Council and the Beit Din of America, a national rabbinical court under RCA auspices, urges victims to go to the police as well.

In her RCA speech, Shulman told of an anonymous rabbi who impregnated a student while he was principal of a school for Jewish girls with learning disabilities. When he was fired, he moved to another community where he is "still a prominent rabbi."

Despite the remaining challenges, some in the Orthodox world find solace in the fact that the topic is now on the table and that some treatment programs are out there.

Because of the Lanner case, "people who in the past would've said, ‘I'm sure he couldn't have done that and Just let it go are now saying, I heard about this and we can't let this happen again,' " Blau said.

According to Mandell and others, the changes are deeper than a mere reaction to Lanner.
In fact, sex abuse is being discussed and addressed not just in centrist Orthodox circles but in fervently Orthodox communities where many people — who do not read secular or even mainstream Jewish newspapers — have not heard of the Lanner scandal.

David Pelcovitz, director of psychology at North Shore University Hospital in Manhasset, N.Y., and a clinical professor of psychology at the New York University School of Medicine, said he increasingly hears rabbis frame the issue by talking about the concept of ha'alamah, the biblical injunction not to look the other way.

Mandel, Pelcovitz and Shulman all say that invitations are increasing to speak on the topic at conferences and to lead training workshops.

Pelcovitz, who teaches a pastoral psychology course at Yeshiva University's rabbinical school on dealing with sexual abuse complaints, said Orthodox rabbinical groups such as the RCA and the National Council of Young Israel also are starting to offer continuing education on sexual abuse.

Mandel noted that after almost every speech he and his staff give on sexual abuse, at least one adult privately comes forward to say he or she, too, was victimized but never before felt comfortable telling anyone.

"People are discussing a topic that truly wasn't discussed," he said.