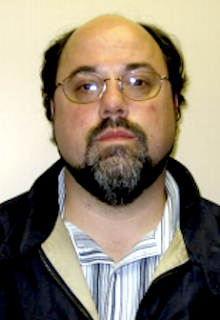 Convicted of two felony and two misdemeanor counts of sexual abuse. Kolker was acquitted of one felony count of sexual abuse; that charge related to an allegation that he had fondled a third girl. The jury recommended a fine but no jail or prison time.

He was initially charged with abusing 10 children but several counts were dropped before trial, and Kolker was acquitted of another count.

NOTE: There are several individuals by the name of Lee Kolker.  The individual discussed on this page was born on September 9, 1970.

A 20-year-old college student who taught at two area Jewish schools and was an observer in the Parkway School District has been charged with molesting 10 children at the schools.

Kolker was arrested Friday and released on $60,000 bond. The charges against Kolker involve children from the three schools, said Sgt. Ted Zinselmeier, of the county's crimes against persons bureau.

Kolker, reached by telephone at his home Saturday night, declined to comment.

But his lawyer, Brad Kessler, said late Saturday that the case was a ''moronic witchhunt'' by county police. He said authorities had been inaccurately telling parents that Kolker had confessed to some molestations, when that was not the case.

''He is the kind of Jewish kid who was raised in a very warm family environment, with a lot of touching,'' Kessler said. ''He isn't wierd. He collects coins, stamps and doesn't do drugs. He's the kind of guy you would want with your kids.''

Parkway officials said Kolker was what that the district calls a student observer-participator at Craig from mid-October until December, when allegations against him first surfaced.

Zinselmeier said Kolker had taught Sunday school and Hebrew at the two Jewish institutions. Officials of those two schools could not be reached for comment Saturday.

Zinselmeier said Kolker is accused of sexually fondling the 10 victims - two boys and eight girls who range in age from 9 to 11. He is accused of touching the children's breasts and buttocks, often while hugging them.

Jaclyn Levy, principal at Craig School, said Kolker was a sophomore in education at Lindenwood College in St. Charles.

Lindenwood had asked that Kolker be placed at Craig, Levy said. Levy said the district was familiar with Kolker because he was a graduate of Parkway North High School.

Kolker came to Craig an average of once or twice a week starting in mid-October to observe a teacher in sixth-grade classes. He would sometimes help out with tasks, such as decorating bulletin boards, Levy said.

Levy said school officials had no inkling of a problem until Dec. 12, when two parents alleged that their children had been fondled by Kolker.

School officials notified the Missouri Division of Family Services that day, she said. Case workers for the division then began interviewing students.

Levy said Kolker was popular with the children and teachers alike at Craig.

''He seemed to be very friendly and very nice,'' she said. ''The kids really liked him.''

Levy said the incidents occurred in the classroom while a teacher was present. She said the teacher may have been on the other side of the classroom.

A parent said her family had been devastated when her daughter, 10, said she had been touched by Kolker an average of twice of week for several months.

She said her daughter, formerly an A-student, had had a hard time academically since the incidents.

A college student from west St. Louis County could be fined up to $10,600 for fondling two 10-year-old girls at schools in Creve Coeur, but he won't serve any jail time.

Tuesday night, a jury in St. Louis County Circuit Court convicted the student, Lee Kolker, of two felony and two misdemeanor counts of sexual abuse. Kolker was acquitted of one felony count of sexual abuse; that charge related to an allegation that he had fondled a third girl.

But the jury specified that Kolker should not be jailed or imprisoned for the offenses. Instead, Kolker should be fined the maximum the law allows, the jury wrote Judge Margaret M. Nolan. Kolker will be sentenced Oct. 2.

Kolker, 21, lives in the 11000 block of Casa Grande Drive. He denied that he fondled the girls.

The girls said Kolker had deliberately touched their breasts while he was hugging them.

Kolker is a student at Lindenwood College. He had been placed at Craig School as an elementary school observer who would sometimes help out with such tasks as decorating bulletin boards. School officials said he was popular with children and teachers.

At the United Hebrew Center, Kolker taught Hebrew. He testified he often had let girls, but not boys, sit in his lap when he helped them with the language. Victims said he had fondled them while they were sitting in his lap.

Kolker's attorney, Brad Kessler, said Kolker lacked the intent of getting sexual gratification from the acts the girls alleged he had committed. Prosecutor Craig Ellis scoffed at the defense, saying Kolker had no possible purpose other than sexual gratification for fondling the 10-year-olds.

(Following text ran in the 3* Edition only)
Nolan, the judge, said the convictions would prevent Kolker from teaching again.She said the trial was emotionally difficult for the families of the victims and the defendant alike.

Man Told To Apologize To Girls He Molested
By William C. Lhotka - of the Post-Dispatch Staff
St. Louis Post-Dispatch - October 31, 1992

A college student from west St. Louis County was ordered by a judge Friday to apologize to two girls he was accused of molesting in 1990.

The college student, Lee Kolker, now 21, showed no remorse and insisted he was innocent of sexual abuse charges.

Nolan told Kolker that ''these young girls think you are a monster.''

She ordered Kolker to apologize to the girls, who were standing a few feet away.

Nolan said she hoped the apology was the first step on Kolker's road to recovery.

The girls, now 11, had testified at Kolker's trial in September that Kolker had deliberately touched their breasts.

They said Friday that they hoped Kolker would be ordered to get counseling.

The jury that convicted Kolker recommended a fine but no jail or prison time after finding Kolker guilty of two felony and two misdemeanor counts of sexual abuse.

Because of the jury's findings, Nolan said she couldn't send Kolker to prison.

She fined Kolker $5,000, placed him on five years' probation, ordered him to get psychiatric help and warned him that:

''You've got a problem, young man, one of the most serious anyone can have. If you don't straighten out, you are going to the penitentiary. You've got a terminal disease.''

While he was awaiting sentencing in St. Louis County, he was charged in Fairview Heights with aggravated sexual abuse, a felony. He was accused of molesting a girl at her family's home between April 1 and Sept. 15.

In the Missouri cases, Kolker was arrested in April 1991.

The incidents took place in late 1990 at Craig School, 1492 Craig Road; and at the Central Agency of Jewish Education.

Kolker had been an elementary school observer at Craig School and a volunteer Hebrew teacher for the Central Agency. 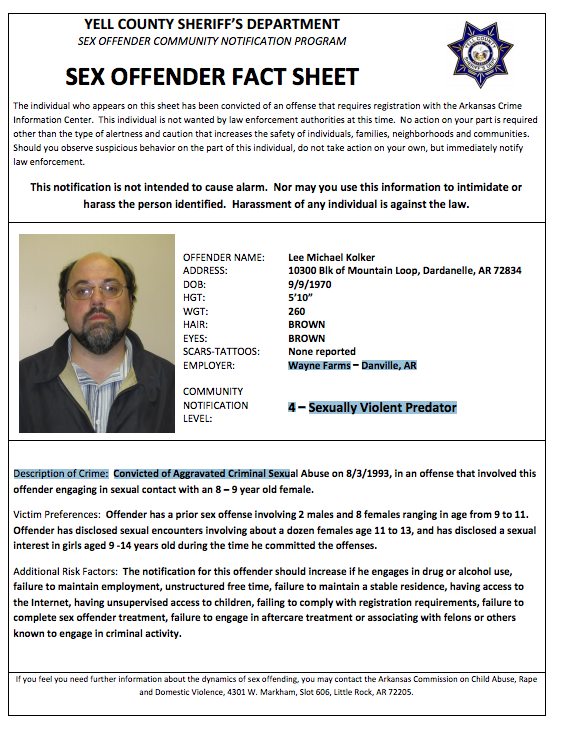