Testifying as an expert witness in child abuse cases 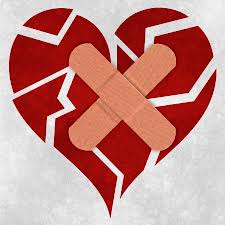 
A. Importance of being able to "present well" in courtroom.B. Being qualified as an expert in field.C. Relationship courtroom presentation is to job performance.

II. Some guidelines for being an effective witness.


A. Dress appropriately.B. Prepare ahead of time.C. Don't attempt to memorize testimony.D. Comprehension of sex abusive theories and relationship to case.E. Clear understanding of Professional role in case.F. Know the facts -- thoroughly.G. Expect to feel human -- anxious, fearful, angry.H. Exercise control of the above emotions.I. Speak a little louder/slower, distinctly.J. Be sincere/dignified.K. Use of appropriate language.L. Answer the question that was asked.M. Ask repeat if you don't understand the question.N. Let the attorney develop your testimony; clarify beforehand what is fact, hearsay or opinion.O. If you don't know answer to a question say so. Don't guess.P. Don't make your testimony conform to other testimony you may have heard.Q. When answering questions, look at the person asking the questions or at the judge or jury (NOT AT THE FLOOR OR THE CEILING).R. Tell the truth/don't be evasive. Remember: short, simple, complete sentences or one-worded answers may be more effective -- it all depends on the question.


III. How to survive cross-examination.


A. Be careful about what you say and how you say it.B. If a question has more than one part to it requiring different answers, be very specific about responding to each question by giving separate answers.C. Be relaxed as possible, calm in effect.D. Avoid defenses, apologetic behavior.E. Listen carefully to the question: Only answer when you are sure you understand it -- otherwise, ask for clarification.F. Be positive when making statements -- rather than appearing to be in doubt, puzzled or presenting as a confused person.G. Since you are testifying as an expert, you need to be prepared to reconcile and distinguish your opinion from opposing schools of thought.H. Don't close yourself off from supplying additional details.I. Don't allow yourself to be rushed.J. Look out for trick questions. Remember the other side wants to disqualify your statements so attempts will be made to discredit you as an expert.

IV. Some common tactics of cross-examination.

Example: One question after another with little time to answer.

Purpose: To confuse the witness; an attempt to force inconsistent answers.

Response: Take time to consider the question, be deliberate in answering, ask to have the question repeated, remain calm.

Example: Benevolent to his/her approach, over sympathetic in his/her questions to the point of ridicule.

Purpose: To give the impression that the witness is inept, lacks confidence or may not be a reliable witness.

Response: Firm decisive answers, asking for the question to be repeated if improperly phrased.

Purpose: To lull the witness into a false sense of severity where he/she will give answers in favor of the defense.

Response: Stay alert; hear in mind that purpose of defense is to discredit or diminish the effect of your testimony.

Example: Counsel staring you right in the face, shouts, "That is so, isn't it?"

Purpose: To make the witness angry so that he/she loses his/her sense of logic and calmness. Generally, rapid questions will also he include in this approach.Response: Stay calm, speak in a deliberate voice; giving prosecutor time to make appropriate objections.

Purpose: To draw the witness attention to the error in pronunciation rather than enabling him/her to concentrate on the question asked so that the witness will make inadvertent errors in testimony.

Response: Ignore the miss-pronouncement and concentrate on the question council is asking.

Example: Witness is an M.D., counsel calls her Ms. Smith.

Purpose: To suggest an answer to his question in an attempt to confuse or to read the witness.

Response: Concentrate carefully on the facts, disregard the suggestion. Answer the question.


H. Tactic -- Demanding a "Yes" or "No" Answer to a Question That Needs Explanation:

Example: Did you open this case without seeing the child?Purpose: To prevent all pertinent and mitigating details from being considered by the jury.

Response: Explain the answer to the question. If stopped by the counsel's demanding a yes or no answer, pause until the court instructs you to answer in your own words.

Purpose: To confuse the witness and demonstrate a lack of confidence in the witness.

Response: Listen intently wherever counsel repeats back something you have said. If he/she makes an error, correct him/her.

J. Tactic -- Repetitious Words:
Example: The same question asked several times slightly rephrased.
Purpose: To obtain inconsistent or conflicting answers from the witness.Response: Listen carefully to the question and state, " I have just answered that question".

Purpose: To show inconsistency in the investigation. This tactic is normally used on measurements, times, etc.

Response: Remain calm. Conflicting statements have a tendency to make a witness extremely nervous. Be guarded in your answers on measurements, times, etc. Unless you have exact knowledge, use the term approximately. Refer to your notes.


L. Tactic -- Staring:
Example: After the witness has answered, counsel just stares as through there were more to come.

Purpose: To have a long pause that one normally feels must be filled, thus saying more than necessary. To provoke the witness into offering more than the question.

Response: Wait for next question.

Remember: If you present yourself as a competent professional who is actively engaged in the investigation of, treatment of, and prevention of child sex abuse then you have made a very large contribution in wiping out the continued sexual exploitation of children everywhere.