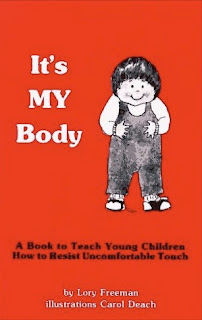 Protecting Your Children... From the silent epidemic that no one wants to talk about.  -- Dr. Daniel E. Loeb

Child abuse is an uncomfortable topic to broad, but if we want to protect our children from this trauma we must speak up. The subject has been in news lately, so we would like to give you the evidence on how to protect your children.

Child molesters can often be trusted family members or friends, men or women. The Catholic priests do not have a monopoly on the scourge of pedophilia. In fact, the Jewish Coalition Against Sexual Abuse/Assault details over 100 cases of Jewish Rabbis and other community leaders who have betrayed our trust. In our area, Cantor Phillip Wittlin of Chisuk Emuna Congregation in Harrisburg and Ari Sorkin of Congregation Keneseth Israel in Elkins Park have been convicted of molesting children under their care.

Children in suburban Philadelphia are vulnerable to these attacks just as children in inner city neighborhoods.

As parents, educators or community leaders what can we do to protect children?

Supervision and vigilence is important, but education plays an essential role according to Dr. David Finkelhor of the Crimes Against Children Research Center at the University of New Hampshire.

The bill called for all sex education course materials to include information that would help students recognize, among other activities, inappropriate touching, sexual assault and rape. Obama's intentions are painfully clear and valid:

"I have a six-year-old daughter and a three-year-old daughter, and one of the things my wife and I talked to our daughter about is the possibility of somebody touching them inappropriately, and what that might mean. And that was included specifically in the law, so that kindergarteners are able to exercise some possible protection against abuse, because I have family members as well as friends who suffered abuse at that age."

While the Jewish community is relatively open about giving our children the information they need to help protect themselves, the issue of sex education has not been without debate in more conservative circles.

Political Advertisement from the McCain campaign plays on racial stereotypes, accusing Obama in essence of corrupting five-year old girls. "His [Barack Obama's] one accomplishment? Teaching comprehensive sex-education to kindergardeners. I am John McCain and I approve this message."

Senator McCain has revived attacks launched in 2004 by Alan Keyes falsely accusing Senator Obama of wanting to pervert our youth through comprehensive sexual eduation to kindergardeners. However, Obama did not support "explicit sex education to children in kindergarten". In fact, the bill granted parents the right to withdraw their children from sex education classes without question.

In 2006, the Catholic Medical Association Task Force reeling from abuse scandals characterized sex education as "ineffective" and "inconsistant with the science of emotional, cognitive, neurobiological and moral development of the child". On the other hand, some have pointed to Governor Palin's daughter Bristol's pregnancy as an example of the failure of abstinence-only based sex education.

In his study "Prevention of Sexual Abuse Through Educational Programs Directed Toward Children" published in Pediatrics, Dr. David Finkelhor concludes that:

Satirical video from 23/6 shows a hypothetical response in kind to the McCain attack ad.

All of this underscores the importance of protecting our children against sexual preditors.

According to Safe Place (The Children's Hospital of Philadelphia's Center for Child Protection and Health) children should practice saying no. Children who are able to appropriately assert themselves are at lower risk of victimization.

Talk to your kids about what kind of touching is not okay. For example, they should be told that the parts of the body covered by underwear is private.

Encourage children to tell someone they trust if anyone tries to touch their private parts. It is very common for kids to be molested, know it is wrong, but they feel like there is nobody they can talk to about it, or that their parents wouldn't care or would not believe them. Give your kids a safe forum to be able to talk about anything. Teach children never to keep secrets that make them feel uncomfortable or bad.

Answer questions children ask with language they will understand, and answer only what was asked. This gives the child the opportunity to come back after he or she integrates the information you provided.

Children with internet resources are vulnerable to contact from neighborhood bullies and inappropriate adult contact in ways that their parents never faced. As an adult community it is up to us all to protect our children from these threats. This can mean a level of intrusiveness and monitoring which may seem to cross the line of childrens’ privacy, It is the approach we take to such monitoring which will make our children understand our intentions.

Christine Downs of Safe Place  recommends the following children's books to help parents talk to their children about this issue:

According to the Children Are Worth Saving Community Outreach Program:
Posted by The Awareness Center, Inc. at 9/30/2008 01:33:00 AM