NOTE: Besides Yori Yanover being friends with alleged sex offender, Rabbi Hershy Worch, he was also close friends with convicted sex offender Rabbi David Lipman, both worked for him when he ran JCN18 (Jewish Communication Network) along with his friend, Rabbi Larry Yudelson (Reb Yudel).

Much thought isn't usually given to moderators. By definition, they are thought to be moderate, but Yori Yanover, who was tapped to facilitate Tuesday night's City Council District 2 debate, has some strong opinions about the feminist, gay rights and psychoanalytic movements and isn't afraid to blog them.
On Tuesday morning, hours before 12 of the candidates vying to fill Margarita Lopez's City Council seat gathered at the Henry Street Settlement for their first public debate, an anonymous e-mail circulated among the candidates, urging them to boycott the event, which was to include three panelists asking questions in addition to Yanover, who was to moderate. The writer, identifying himself only as Constitution Man of the Committee to Boycott LoHo Realty and their Grand Street News, pointed to a private Web blog penned by the debate's moderator as cause for a candidate-wide boycott.
The blog, www.usajewish.com, was written by Yanover, the publisher of Grand Street News, a booklet-size community newspaper sponsored by LoHo Realty. The entries in question address an ongoing dispute within the Jewish community about a handful of rabbis accused of sexual impropriety. 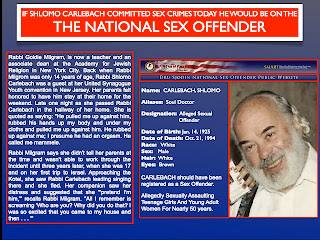 In one entry, Yanover responds to sexual allegations against the late Rabbi Shlomo Carlebach lodged by several women after Carlebach's death. The allegations were never brought to court. In response to the unsubstantiated allegations, Yanover, in his blog, blamed the "homosexual movement, the feminist movement and the psychoanalytical movement. All three movements have politicized the sexual, and with that, robbed us of the carefree availability of our sexual expression," he wrote.
"The gay rights, feminist and psychological movements have changed how society approached sex in worrisome ways," Yanover told The Villager. "Making a sexual mistake in this society is the most dangerous thing that can happen to you. The boss who 10 years ago may have said something cheeky to a secretary or a female underling, now he's going in the other direction. This is part of the anxiety of our culture."
One candidate, Brian Kavanagh, withdrew his name from the debate after learning about Yanover's statements. "The moderator of a debate is not merely a bystander, but controls the forum and has a public presence and I think that choosing this particular person under the present circumstances shows some insensitivity both to the gay and lesbian community and also to victims of rape," said Kavanagh, describing the blog entries as "reprehensible."
"Is she concerned? I'm sure she would be concerned with anything that's homophobic or anti-women," said Roberto Caballero, who is gay and is the campaign manager for Reverend Joan Brightharp, the only member of the clergy in the race. Brightharp, however, planned to attend the debate, which occurred as The Villager went to press.
Yanover is a strong presence in the Lower East Side community. In fact, Grand Street News approached Henry Street Settlement several months ago to co-sponsor the debate along with LoHo Realty. Some local figures have jumped to his defense in the wake of the Tuesday morning e-mail. "I believe in supporting good people," said Susan Stetzer, district manager of Community Board 3. "He is not homophobic, he is not anti-feminist. He and his wife are feminists and they're raising their daughter to be a feminist." Stetzer and David McWater, C.B. 3 chairperson, were profiled by Grand Street News within the past year and their photo appeared on its cover.
Henry Street Settlement, which hosted the event, had no intentions of canceling or changing moderators on Tuesday afternoon. "At this point, we're not making any changes," said Kathleen Gupta, a chief administrator for the Henry Street Settlement, two hours before the event. "We're just moving forward and hoping it'll be a productive evening."
Rosie Mendez, the only openly gay candidate in the race, had not read the e-mail when she spoke to The Villager on Tuesday afternoon and was reluctant to take a position. "I have to ask myself, `Why today, a couple of hours before the debate, is this coming to light?' " she said. "This has been planned a long time ago. It's interesting that this has come out now." Mendez planned to attend the event.
The author of the e-mail that pointed candidates and The Villager to the blog did not return requests for comment, nor did he respond to requests to identify himself. 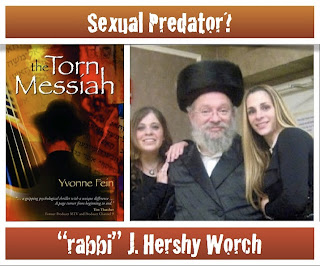 Bias is often subjective and, according to Yanover, the comments on his blog — all of which were removed on Tuesday afternoon — were part of a larger dialogue within the Jewish community. The blog entries in question were written last winter, he said, in response to comments made last October by an organization, the Awareness Center, about his close friend Rabbi Jeremy Hershy Worch.
The Awareness Center, a Maryland-based organization, is "dedicated to addressing sexual violence in Jewish communities around the world," according to its Web site. Among the alleged perpetrators of sexual violence accused on the Web site is Yanover's friend Worch.
"Every time you Google the guy's name, every time he applies for a job," the link to the Awareness Center Web site appears at the top of the search engine, said Yanover. "His name is destroyed. What can you do about this? All you can do is cower away or you can fight this."
And so Yanover printed the full name, address and telephone number of the woman who made the accusations against Worch, removing the "the shelter of anonymity" that protected her.
"This woman destroyed the life of a man, she accused him of despicable things and hid behind a veil of anonymity and she did not deserve it [anonymity]," said Yanover in a telephone interview, pointing out that no charges were ever brought against Worch.
Ironically, the Internet and the infinite memory of Google may now have turned on Yanover, thrusting his online ramblings into the political arena. "A friend of mine last October was destroyed by sinister people and it's been my business to defend his good name," he said.

"And if I get skewered by that then that's the way it has to be."