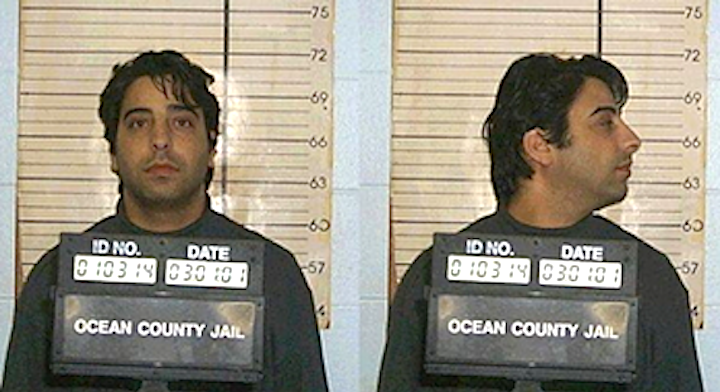 Eyal Ben-Yosef is wanted for bail jumping on charges of kidnapping a law enforcement officer, armed robbery, kidnapping and escape. He is considered armed and dangerous.  He has a tattoo on his upper right arm that says “G.S.W.” and has a gunshot wound scar on his right arm.  It is believed he fled the United States and is living in Israel.

There are several people who go by the name of Eyal Ben-Yosef. The individual discussed on this page was born on November 2, 1969.

Eyal Ben-Yosef is considered to be armed and dangerous.  If you have information about this case please contact:
Ocean County Sheriff's Department
Field Service Division

TOMS RIVER — TOMS RIVER -- More than a year after his arrest, Ronen Shimoni has been brought back to the United States to face prison for the 1994 robbery of an off-duty sheriff's officer at a Toms River bank.

Shimoni, 35, was extradited from Canada on Thursday. He had been held by authorities there since October 2003, when he was arrested by police in Toronto.

After he exhausted all his legal challenges to extradition, Shimoni was brought back to the United States by a federal marshal and an Ocean County Sheriff's detective and is currently being held on $1 million bail in Ocean County Jail.

Shimoni's extradition starts a new chapter in an investigative odyssey that began in June 1994, when sheriff's officer Felix Velez was robbed at gunpoint by two men in the foyer of the then-First Fidelity bank branch on Route 37.

The men stole the $80 Velez had just withdrawn from an ATM, then forced him into the back seat of his car and drove to the bank's rear parking lot. During the incident, Velez identified himself as a sheriff's officer, pulled out his weapon and shot at one of the men. He scuffled with the second suspect before fleeing to a nearby gas station, where police were notified.

Investigators matched fingerprints from the crime scene to Shimoni some six years later when he was arrested for a robbery in Los Angeles, where he jumped bail, Schroeder said.

Police eventually identified the second suspect, Eyal Benyosef, who was then arrested in early 2001 in Queens, and indicted on robbery, carjacking, attempted kidnapping, escape and theft stemming from the crime in Toms River.

Benyosef violated bail after his arrest and is believed to be in Israel, Hodgson said.

Eyal Benyosef is wanted for faily to comply with bail from an incident in 1994 when he was charged with kidnapping of a law enforcement officer; armed robbery, carjackijng and escape.

Subject considered to be armed and dangerous 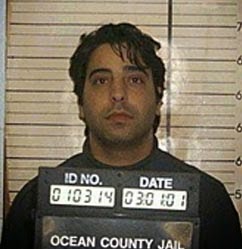 Eyal Benyosef was born on 11/2/1969 and is 5’08″ and weighs 210 lbs.  He is wanted for bail jumping on charges of kidnapping a law enforcement officer, armed robbery, kidnapping and escape. He is considered armed and dangerous.  He has a tattoo on his upper right arm that says “G.S.W.” and has a gunshot wound scar on his right arm.

Benyosef, formerly of Hollis Hills, NY is wanted in conjunction with a 1994 robbery in then Dover Township (Toms River).  He is suspected to have fled to Israel.  He and Ronen Shimoni, 32, of Flushing, Queens robbed Ocean County Sheriff’s Officer Felix Velez at gunpoint at a Route 37 Bank.  Although he has not been capture, in April of 2005, he was sentenced to 9 years in prison for his role in the crime.   The pair allegedly tried to rob Velez at the ATM after he had withdrawn $80.  Velez, who identified himself as a sheriff’s officer, drew his gun and shot at the men.

Investigators, in 2000, matched fingerprints at the scene with those of Shimoni, who was arrested for a Los Angeles robbery.

Benyosef, according to records, violated bail after a 2001 arrest in Queens, New York. 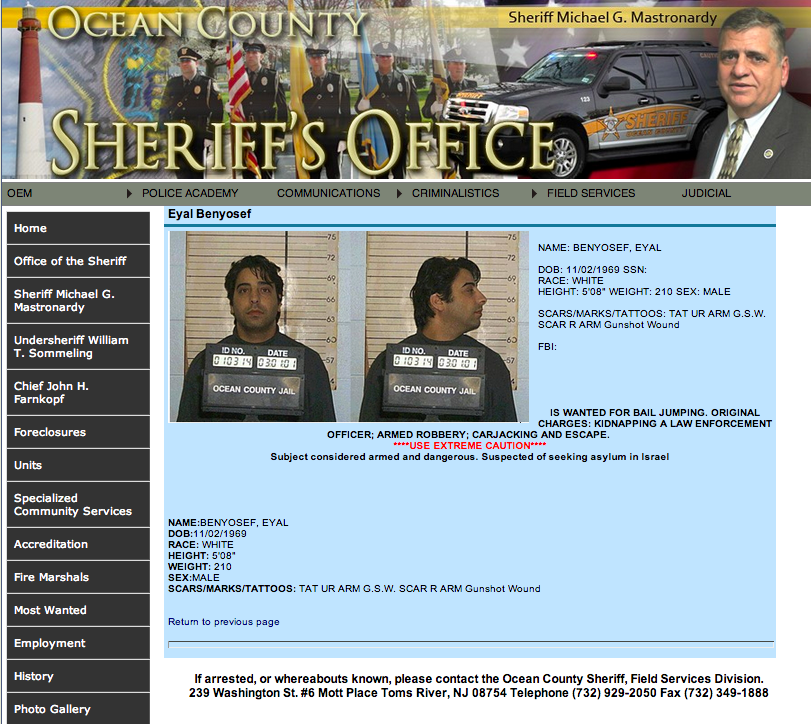