Thanks to everyone who voted in the Second Annual Jewish Community Heroes Campaign. The results were overwhelming. We received over 300,000 votes for more than 200 nominees!


Your votes decided the 20 semifinalists and now it’s up to our distinguished panel of judges to select the 5 finalists - all of whom receive a Heroes grant.


The judges will evaluate the semifinalists based on their efforts to strengthen the Jewish community and uphold the ideals of tikkun olam - repairing the world.


The 2010 Jewish Community Hero of the Year will be announced at the JFNA General Assembly in New Orleans from November 7-9.


Tell your friends and family who this year's semifinalists are. 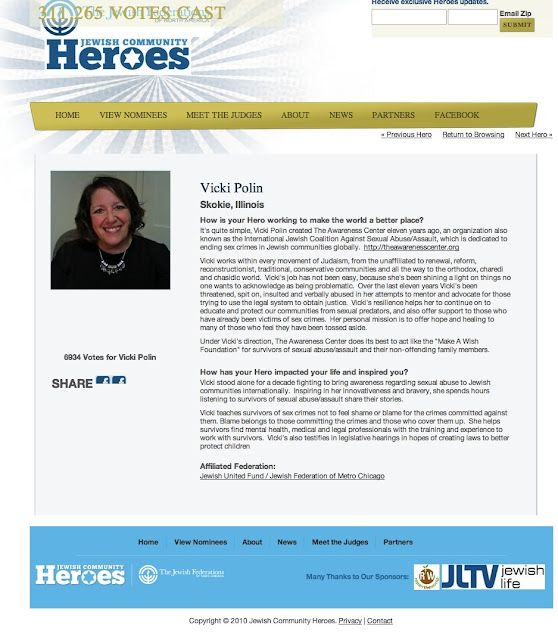