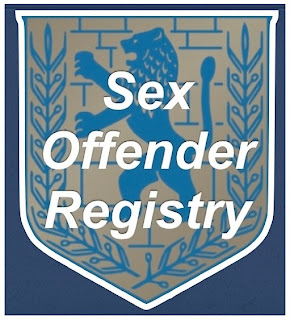 The Awareness Center has been contacted by family members and friends of some of the individuals on our sex offender's registry of alleged and convicted offenders.

To help clarify our intentions and policies regarding listing individuals' names on our site, we decided it is best to make our intentions and policies public.
The purpose of the information provided on our website is to educate our community on issues pertaining to sexual violence in Jewish communities on an international level.  The Awareness Center is a victim advocacy organization.  One of the goals of The Awareness Center is to prevent anyone else from being sexually victimized (sexually abused, sexually assaulted, clergy sexual abuse, incest) sexual misconduct, sexual harassment).
Please note, the only individuals who are listed on our site, are ones who'd had allegations made against them which were then published in reputable newspapers, have transcripts from televisions shows where the case(s) have been discussed, have police records and/or we have court documentation regarding the case, or at least two executive board members have felt we had significant information regarding.
We are well aware that unfortunately, there are many other cases in which there is NO paper trail to be found, cases that were not brought to law enforcement's attention, and where no news media group wrote an article referring to the case. Although our intention is first and foremost to help raise awareness to cases of abuse and minimize re-victimization, we cannot post names of alleged persons  without similar documentation.
The Awareness Center encourages everyone to make hot-line report, if and when you suspect a child is at risk of harm.
If you or a family member has been victimized, immediately go to your local emergency room. That is one resource that is usually trained in collecting the forensic evidence needed. Your emergency room is mandated by law to call the police and child protective services.
The Awareness Center encourages individuals who have been victimized and family members to make police reports, follow through with pressing criminal charges, and to testify when requested. If you or anyone you know is being threatened or harassed by an alleged offender, or someone who represents him/her, it is critical that you notify your local police department. You may also want to contact your local rape crisis center for both counseling and legal help (especially if there is any form of witness tampering).
Some of the common threats include prohibiting the child victim and their siblings from being allowed in any Yeshiva (Jewish School), or that rumors would be spread about them to make sure that they not find a spouse when they come of age. Unfortunately, this is a heartbreaking reality. Remember, witness tampering is also a crime that needs to be investigated and prosecuted to the fullest extent of the law.
The Awareness Center encourages offenders (emotional, physical and sexual abuse) to seek treatment and make amends with those they hurt.
The Awareness Center adopted the following policy.
If an alleged or convicted offender complies with all the following, our board of directors will meet to discuss removing the name from our page: