Background Information and The History of Rabbinical Ordinations 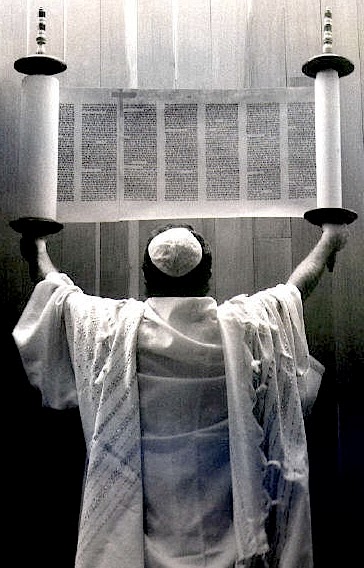 In recent months, The Awareness Center has issued articles and opinions about the giving and revoking of Smichah (rabbinical ordination). I would like to clarify certain things in this regard, and to offer some suggestions that might be helpful.

First of all, our ordination is not an unbroken chain from Moses. There was indeed such an ordination, but it died out (or, more correctly was killed out) in the fourth century c.e. by a systematic Roman decree (anyone giving or receiving ordination, as well as all Jewish residents of the town it was given in, or if outside a town, then the nearest town, would be killed). That is why the early Rabbis of the Talmud have the title rabbi, and the later ones rav, the latter indicating that while a sage, he lacked official ordination.

Maimonides opines that the chain could be restarted if all the sages in the Land of Israel would ordain one man, that man would resume the chain. There were several unsuccessful attempts to do this, most notably in the 16th century. There is currently another effort in this direction, but, so far, has met with little support.

After the 4th century, sages were looked to for guidance and instruction, but there was no ordination process. It should be noted that there is no currently observed Jewish ritual that needs a rabbi. Any Jew can perform any function, provided he knows all the applicable laws, and abides by them. The function of a rabbi at a wedding, for instance, is to ensure that all rituals are done properly. This is in contrast to Christian marriage, where the priest or minister make the marriage. In Judaism, the couple and witnesses make the marriage. The rabbi is a sort of legal adviser.

Around the year 1300, a prominent German rabbi was troubled by the phenomenon of unqualified people presenting themselves for communal positions (nothing new under the Sun!). He instituted a rule in Germany that no one could serve as a rabbi unless he was authorized by a recognized figure. This authorization was called smichah, although it had little to do with the original smichah. It was, in effect, a letter of recommendation, as good aw the person giving it. This procedure was challenged by many (the great North African rabbi, Yitzchal ben Sheshet, wrote a responsum that a rabbi is made not by a letter, but by the acceptance of the community [Teshuvot HaRivash 271]). However the practice spread, and became standard in most Jewish communities.

It should be clear that a rabbi's legitimacy depends on his knowledge and integrity, not on his ordination. One very prominent East European rabbinical figure of the late 19th and early 20th century was without ordination nearly all of his life. When the Polish government required him to get an official ordination, he simply went to one of his disciples to be ordained!

Since the 14th century, most communities required a rabbi to be certified (ordained) by known and respected figures. A rabbi might have several such smichot to show the extent of his acceptance. In ultra-Orthodox circles this is still the norm. I personally have seven Smichot.

Now we may understand why a particular body can not "defrock" a rabbi whom they did not ordain, or even recognize. It isn't an "either you do or don't have Smicha" situation. The Smicha is as good as the person giving it. If a particular rabbi or seminary felt that one of their ordainees was no longer worthy, they may issue such a statement. No one else could.

In Israel, the Chief Rabbinate has legal standing. Rabbinical positions are, in effect, civil service
positions, funded jointly by the Ministry of Religious Affairs and the Ministry of the Interior. Only those
either ordained by the Chief Rabbinate, or those who have been personally approved by one of the Chief Rabbis (some positions require approval of three members of the Supreme Rabbinical Council too) may serve as a rabbi. That is why in Israel an official rabbi may be "defrocked" i.e. no longer recognized by the institution of the Chief Rabbinate. People outside the "system" i.e. rabbis without the authorization of the rabbinate, have no legal status anyway.

Before we can discuss how to deal with our "bad apples" and the rabbis and institutions who seem insensitive to the situation, I think we need to understand the dynamics of the situation. There was and is a tiny minority of "rabbis" who sell smichot. However, these are widely known (years ago there was even one who advertised the sale of smichot in the newspapers), and shunned by other rabbis.

There is, however, a danger to unsophisticated congregations who don't do their homework when hiring a rabbi. Then there is another small group that gives ordination as a favor, usually to help someone get a position so as to earn a living. their motive is unselfish, but nevertheless dangerous to the community. However, even great rabbis may be lulled into silence for one of several reasons.

First, there is the fear of violating the prohibition of Lashon Hara - slander. There are many laws governing this grievous sin. Although there are clear rules when one may expose an evildoer, few rabbis have the resources to check out the veracity of charges. The feeling is "since I can't be sure, better I do nothing."

Second, there is the concern for causing the offender to lose his livelihood. Recently, a colleague of mine was studying with another rabbi in the study hall of a well known yeshiva. A menial worker at the yeshiva was insulted, or at least thought he was insulted, by a student in his early teens. The worker grabbed the student by the throat.

My friend came to the students defense, and was struck. The boy's father called the authorities, and the worker was arrested. That evening the man came to evening services at the yeshiva, and the Rosh Yeshiva (dean) stood up and shook his hand warmly.

My friend asked the Rosh Yeshiva for the meaning of his actions. He informed my friend that he had personally bailed him out. When my friend protested, the Rosh Yeshiva said "Don't you realize that this miserable job is this man's only livelihood?" Undoubtedly, the Rosh Yeshiva felt he was performing an act of ultimate chessed-kindness. He apparently felt that this came before the physical safety of the students.

Fourth, there is a fear of getting the secular authorities involved. Although the Halachah (Jewish law) provides for cases where a person who is a danger may be given over to the police, the fear of doing so in a case which might not be true deters most.

Fifth, there is the fear of chillul Hashem-desecrating the Name of G-d were it to be known that a "rabbi" had committed unspeakable evils. This must be balanced with the principle "in a place of desecration of G-d's Name, we give no honor even to a rabbi."

Sixth, there is a concept of despising a scholar. Maimonides considers this a serious form of heresy.
Many will simply not believe that a earned man could do such base things. They usually are right, but, unfortunately, not always. So, protecting the offender is usually done from a feeling of misplaced altruism, fueled by the real feeling that the allegations may, in fact, be false.
Posted by The Awareness Center, Inc. at 7/19/2007 10:35:00 AM