Can I Marry A Kohan? 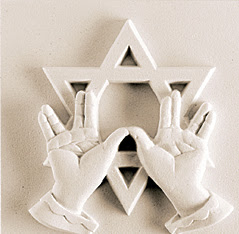 Leah had been in counseling for a while which helped her to deal with and overcome her history of abuse. She had been abused from the age of about three until she was seven years old by a male cousin who is 10 years older than her. The abuse involved regular molestation including oral and manual sex.

The abuse stopped when Leah finally told another relative. The focus of therapy was to help Leah build self-esteem, to overcome the trauma and learn to trust interpersonal relationships so that she could begin to feel comfortable in a more intimate relationship when the time came. And that time did arrive.

Leah met someone she wanted to marry. He was a sensitive, caring man who very much loved her. Everything seemed to be going Leah’s way until she realized that Matt, her fiancé was a Kohan. Leah remembered that as a child she learned that a Kohan could not marry someone who is not a virgin. She was afraid that having been molested, that rule applied to her and she would not be able to marry Matt.

A Kohan is a member of the priestly tribe of Kohanim ordained by the Torah to lead the service in the Temple. To maintain their status Kohanim had several obligations of education, responsibility and purity not assigned to other Israelites. The continuity of this priestly tribe was recently validated by a genetic study of Kohanim. The study indicated that, even today, Jews who are Kohanim have a unique genetic marker different from other Jewish people.

It is clear that the tradition and laws of the Kehuna  have been transmitted on for many centuries. The issue that is raised by this tradition for survivors of childhood sexual abuse, while not common, is an important one.
Both Leah and Matt took this question quite seriously and began to investigate precisely what could be done in their particular situation. With the help of both of their Rabbis, they found that, in this particular case Leah and Matt could marry. What they found out is that a Kohan is not allowed to marry a divorcee, a "chalalah" or a "zonah." A chalalah is someone forbidden to marry a Kohan who has had either vaginal or anal intercourse with a Kohan and/or has a child with a Kohan.The child of such a union is also a chalalah.

While the situation worked out quite well for Leah and Matt, this may not be the case for others. Thus, it is very important to be in touch with a Rabbi who is sensitive to the plight of the abused and the halachic requirements of marriage to a Kohan.

Michael Salamon, PhD., FPPR, FICPP -- received his doctorate in psychology from Hofstra University . He is the founder and director of the Adult Developmental Center, Inc. (ADC), a comprehensive psychological consulting practice in Hewlett, NY. Dr. Salamon is also on the executive board of The Awareness Center, Inc.