It can even happen to the daughters of Kings...

It can even happen to the daughters of Kings...
© (2004)  By San - Honorary Advisory Board Member of The Awareness Center
(See: Sanhedrin 21a for source material) 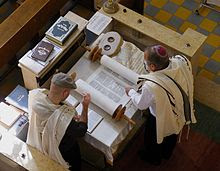 When considering the approach we take today within the Jewish community in dealing with sexual offenses and how totally ineffective it truly is. I also considered whether the approach prevalent is outside our very traditions. The following are some very brief and hastily written thoughts on the subject meant more to stimulate discussion than to be definitive statements.
We spend so much time and effort dealing with things quietly to protect the reputations of the abusers and their families that we've lost sight of the very wickedness of the crime and our responsibilities in taking action and speaking out.
Has it always been this way? The answer is no. There was a time when we had leadership, a Sanhedrin, a Kingship, Judges, Prophets and even at times a direct relationship with God when we had the Temple. What did this leadership do when a prominent member of the community sexually abused? Did they speak of the lack of witnesses and the need for proof? Did they speak about all the good the abuser did during their life? Did they speak of the need to protect the abusers' family from the shame of their child's wickedness? Were things dealt with quietly? Was the abuser quietly moved to another city to start again with a clean slate? Was Shmirat Ha'Lashon put above the protection of others? Did we ask after each crime whether it was a mere single incident?
I believe the answer to all of the questions above is simple: NO.
One of the earliest recorded cases of rape within the Jewish community is that of the rape of Tamar the daughter of King David by her half-brother Amnon. Was the incident involving one of the most prominent families in the Jewish community (at both that specific time and all time as well) hushed-up? No.
Tamar took ashes and put them on her head and tore the garment of fine wool that she wore. She did this publicly. The King's daughter publicized her rape. Why? According to R'Yehoshua ben Korchah, by publicizing what had happened to her she raised a great barrier at that time to prevent further assaults of this nature. It was said if such a horrible thing could happen to the daughters of Kings, certainly it could happen to any regular girl. If such a thing could happen to a modest girl like Tamar, it could happen to immodest girls as well.
This public act by Tamar raised the awareness of sexual assault to the general community and this awareness helped protect other women. Did the reaction end there?
No. The Rabbinical community took action as well. They instituted a Rabbinical decree at the time prohibiting certain seclusions to further protect women.
So, I ask the question, why don't our leaders act similarly? I understand we don't have a Sanhedrin, a Kingship, Judges or Prophets. How more we have the need today for both leadership and actions by our leaders.
How many will suffer before our leaders act? How prominent must the victim be and how publicly must they humiliate themselves before we are finally moved to act decisively?
Posted by The Awareness Center, Inc. at 5/24/2004 01:15:00 PM