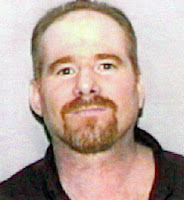 Raymond Michael Pietrowski, 45, of Chicago, pleaded no contest to reduced charges — two counts of attempted sexual battery on an 11-year-old boy in Naples, Florida in July 2001. With the consent of the victim, his family and the victim's court-appointed representative, Pietrowski will serve 10 years' probation in Israel.

There is a report that Raymond Pietrowski died on May 1, 2005, yet many believe this is a false report and that he was able to change his identity and is currently residing somewhere in Israel.

Israeli law enforcement agencies and courts where not notified of decision by Florida court to send Raymond Pietrowski to Northern Jerusalem.  He was convicted of attempting to rape minors and has vanished.  His last known address was:

A Chicago man who pleaded no contest to sex charges will get to start his life over in Israel, a judge in Collier County ruled Wednesday.

This rather unusual outcome happened after Raymond Michael Pietrowski, 45, of Chicago, pleaded no contest to reduced charges — two counts of attempted sexual battery on an 11-year-old boy in Naples in July 2001.

Pietrowski, who also goes by the alias of Dirty Al Capone, entered the plea to avoid the risk of serving life sentences had he been convicted on his two original charges of sexual battery on the boy.

It just so happens that Pietrowski, an unemployed mechanic from Chicago, knows people in Israel and may be a citizen of that country as well as the United States, his attorney, Jerry Berry said.

With the consent of the victim, his family and the victim's court-appointed representative, Pietrowski will serve 10 years' probation in Israel, Berry said.

Pietrowski will stay at an Israeli version of a halfway house, where he will receive sex offender counseling, according to the terms of his plea agreement.

The deal must include an affidavit by Rabbi Moshe Tzur that Pietrowski arrived in Israel.
Reports about Pietrowski's treatment must be mailed to state probation officers, the agreement states.

If Pietrowski violates his probation, he is subject to deportation from Israel to the United States to serve a 15-year prison sentence, Assistant State Attorney Steve Maresca said.

Circuit Judge Lauren Miller suspended that prison sentence Wednesday as part of Pietrowski's plea agreement. He was given credit for the 656 days he's already spent either in jail or in a state mental hospital.

Pietrowski has a month from the date of his release to get to Israel.

But first, he will be transported to jail in Dade County where he has a pending purse-snatching charge, Berry said. The attorney said he believes that charge can be resolved so that his client can be released to go to Israel.

Regarding the Collier County case, Pietrowski, who has a history of mental problems, was visiting friends in Naples when he was accused of molesting the boy, whom he knows.

The police were contacted, but by the time police had enough evidence to arrest Pietrowski, he'd left Naples and was back at home in Chicago.

He was arrested there on a Collier County warrant and returned to Naples.

Last October, Miller ruled that Pietrowski was mentally incompetent to stand trial. He was then treated at the North Florida Evaluation Center in Gainesville.

Following treatment there, Pietrowski was found competent by Miller in a May hearing.

A man who pleaded no contest to the attempted rape of an 11-year-old boy will serve no prison time but instead will spend 10 years on probation in Israel.

Raymond M. Pietrowski, 45, will live in an Israeli halfway house in Jerusalem, where he will undergo sex offender treatment from a doctor there with a background in clinical psychology.

Pietrowski is from Chicago and committed the offense in July 2001 while visiting the child's guardian, a friend in Naples. He'll receive credit for the nearly two years he has spent in Collier County jail and in a state mental hospital after the court declared he was incompetent to stand trial.

Originally charged with two counts of capital sexual battery, both punishable by automatic life sentences, Pietrowski instead was formally convicted in a hearing Wednesday of two counts of attempted rape. Those are punishable by up to 30 years in prison.

In order for the judge to approve the plea agreement to shift the probation to a foreign country, Collier Circuit Judge Lauren Miller held a hearing Monday for the court and both lawyers to interview by phone the doctor, Gerald Yehuda Oppenheim. They were satisfied he is a legitimate doctor who can treat Pietrowski.

Under the terms of the plea agreement, Pietrowski must have no unsupervised contact with children younger than 18, may not return to the United States during his probationary period, and must provide copies of plane tickets and affidavits proving he arrived in Israel.

"(The plea) resolves the case, he had spent almost two years in jail, it spares the child from having to testify, and he'll be monitored to make sure he takes his medication," said Assistant State Attorney Steve Maresca, the prosecutor who handled the case.

Attorneys for both sides said the shifting of Pietrowski to a different country is a bit unusual but not unheard of. Pietrowski has ties to people in Israel and may have dual citizenship there and in the United States. Maresca said the agreement is a fair resolution that satisfies the victim's guardian while ensuring Pietrowski receives treatment for his mental illness.

Pietrowski's attorney, Jerry Berry, said he doesn't think Israeli officials would have any say in whether a convicted sex offender moves there, even though Pietrowski would have to register as a sexual predator in most states in the United States. A person convicted of a crime in one country doesn't lose citizenship rights or status in his home country, Berry said. It'd have no jurisdiction.

Pietrowski was arrested in December 2001 on a warrant. He was charged with having oral sex with the boy, whose name is not being published because of the nature of the case.

Pietrowski also received a 15-year suspended prison sentence. That means if he violates his probation in Israel, he can be brought back to the United States and sentenced to that term.

The Florida Department of Corrections

1) http://www.dc.state.fl.us/AppCommon/searchall.asp?Action=Find
2) type "Pietrowski" in last name field and press "submit request" button
3) "Supervised Population Search Results [Open in New Window]" will appear above the search form, click on it
4) click on his name

Note: The offense descriptions are truncated and do not necessarily reflect the crime for which the offender is on supervision. Please refer to the court documents or the Florida Statutes for further information or definition. 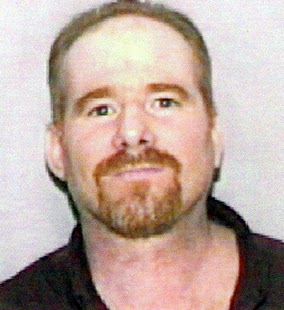 Raymond Michael Pietrowski (47) tops a Florida sex offender's list, and has been convicted of two attempts to rape a 10 year-old child. He has been classed as a dangerous pedophile by the United States. Worryingly, Pietrowski has been recently seen in north Jerusalem.

In 2003, a Florida district court gave a strange ruling, after Pietrowski, a Chicago resident, was convicted of attacking his acquaintance's young son while visiting them. Instead of being sent to a long prison sentence, as U.S. law dictates, Pietrowski was sent for a "period of examination" to Israel.

As far as is known, Israel's law enforcement agencies and courts have not received any information about a convicted sex offender arriving in Israel. No one warned the residents of Jerusalem about the presence of a dangerous sex offender.

At the start of his trial, Pietrowski was accused of raping a minor, an offence which carries a life imprisonment sentence, but his lawyer managed to convince the prosecutor and the judge to agree to a deal with could serve U.S. interests.

The indictment was reduced to attempted rape alone, and Judge Loren Miller agreed to change a sentence of serving time in an American prison to a period of exile in Israel. Pietrowski was sent to Jerusalem two years ago with a clear warning: "Don't come back to the United States for at least 10 years."

Conditions
The judge added a few further conditions to the deal: "The offender will undergo psychiatric treatment, and is forbidden from having any relations with a child under the age of 18 without supervision."

And so, without any warning to Israel, a dangerous pedophile landed at Ben-Gurion Airport, where a family friend, Moshe Tzur, waited for him. The U.S. court ruled that Tzur is to "take care of Pietrowski during his stay in Israel."

For at least a year, Pietrowski has been living in north Jerusalem, and has worked at a yeshiva. He was sent for psychiatric treatment with Jerusalem based Doctor Jerald (Yehuda) Oppenheim, who has prescribed him psychiatric drugs over the course of the past year.

He was under supervision until the start of 2005, but in the past year he has stopped arriving at meetings with the doctor, and has also disappeared from the radar of American authorities.

Two weeks ago, a list of wanted offenders was published in Florida, which included Pietrowski. His last known address is listed as "Israel."

Florida police say they have no idea about where Pietrowski is located, and Oppenheim has told Yedioth Ahronoth that he hadn't seen the patient for many months.

"I'm sorry for ever getting involved with this," he added.

Pietrowski's lawyer, Jerry Berry, said that he did not think that Israeli authorities could have interfered with a decision to send a convicted sex offender to Israel.