Development of a New Organization - The Awareness Center, Inc.

Development of a New Organization - The Awareness Center, Inc.
The history of the Jewish People is one filled with a series of traumatic experiences. This includes one topic that up until now has been taboo to discuss: Childhood Sexual Abuse.
Contrary to what we might want to assume, childhood sexual abuse is not limited to the gentile population. It is also a Jewish issue, and one that needs to be addressed. In the United States one of every three to five women, and one out of every five to seven men have been sexually abused by the time they reach their eighteenth birthday. Unfortunately, due to the fact there has been little research on this issue in the Jewish Community, we don't know how prevalent it is. Most mental health providers around the world who are based in Jewish Communities, will admit that they have survivors (of childhood sexual abuse) of Jewish origins as part of their caseload.

One of the major problems in discussing the issue of Childhood Sexual Abuse in the Jewish Community, is that doing so threatens the cultural perception of the wholesomeness of the Jewish family. The time has come to break the taboo and allow the Jewish Community to face reality and to begin the healing journey. While this process is taking place, we will also be able to compile valuable statistics on the prevalence of childhood sexual abuse in our community. It is important to note that when we refer to the Jewish Community, we are including everyone from the unaffiliated, Reform, Conservative, through the Orthodox, "Charedi" and "Chasidic" communities.

It may be surprising that despite Israel's world-leading status in treatment of Post Traumatic Stress, the study of childhood sexual abuse in Jewish Communities around the world is still in its infancy. Over the past two years I've been working with years Na'ama Yehuda (of New York). Our dream is to create an international organization to address the issue of childhood sexual abuse in Jewish Communities international.

As you might have noticed, the first phase has already begun, by the updating of my professional web page for Jewish Survivors of Childhood Trauma and Domestic Violence into our new organization.

The goal is to develop an International data base/web page. The second phase will be to develop and implement an international conference on childhood sexual abuse. The third phase would be developing a treatment center and on going educational programming in Israel, the United States, and throughout the world. Our long term goals is to have network of researchers, development self-help groups and an international speakers bureau. If you are interested in joining forces, please contact me at: VickiPolin@aol.com.

Screenshot of The Awareness Center's web page from December 2, 1997 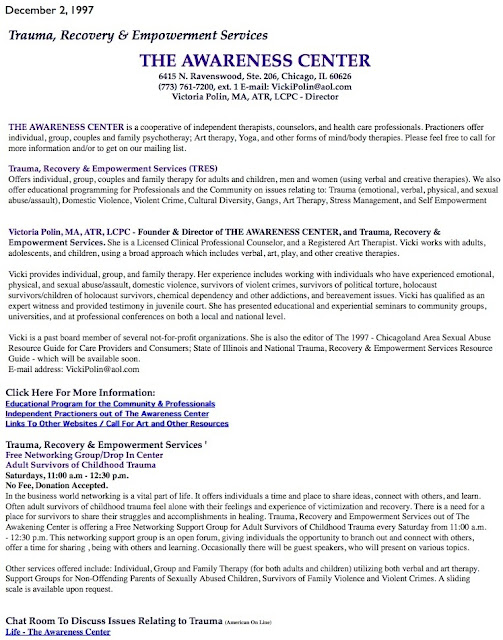 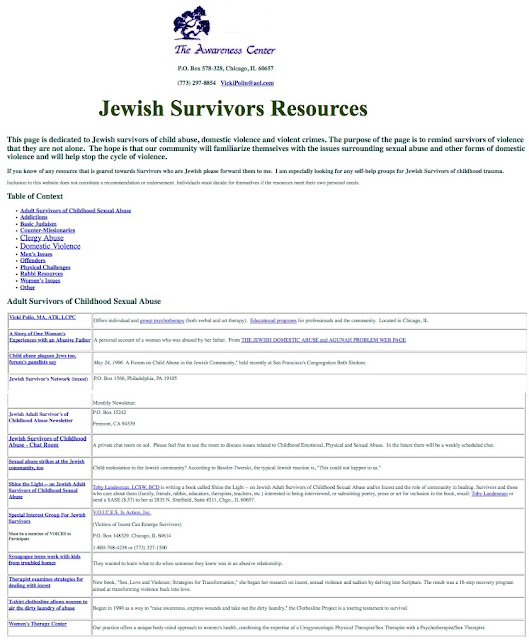 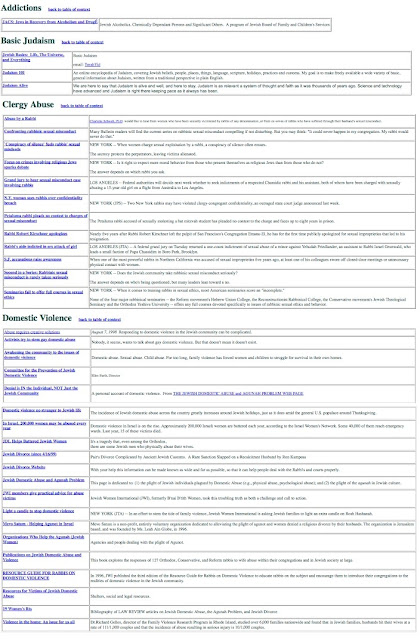 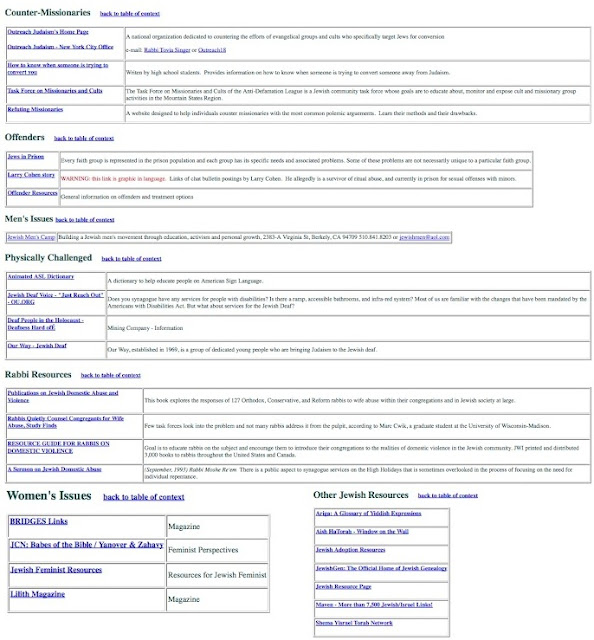